The internet never forgets…but it may have to now 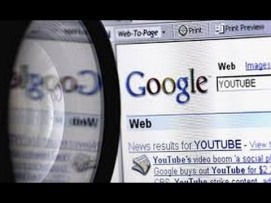 Yesterday a ruling was made by the European Court of Justice (ECJ) that makes sense on paper – but it is rare that the manner in which it will be implemented been so important.

In my eight years as a teacher I have often been approached by former students asking for a reference or some advice as they embark on their job search as they leave university. Whatever it is they are asking for, I always advise them to do something that I can assure them many companies they apply to will also be doing – search on their name on Google and discover what someone who does that could find out. Then they should remove or asked to be removed anything that might be seen as negative. This might include drunken pictures from their university days but could also involve things they have written or times when they have been written about. I remind them that “the internet never forgets”. It turns out that from yesterday, the internet still won’t forget, but Google will, under certain circumstances,  need to.

But yesterday, in a landmark court case, the ECJ ruled that Google must learn to do exactly that. A Spanish man had complained that a 1998 auction notice of his repossessed home appeared on Google’s search results. He argued that now, sixteen years later – it was still affecting his reputation, and so should be removed from Google’s search results on his name. The information will still exist on the internet, but will no longer be indexed by the search engine. If you ask Google (or another search engine) to remove something and they refuse (you will need to be able to use an automated service), you can now go to the Information Commissioner in your country, and they can rule that it must be removed, and if they refuse to comply they can be fined up to 1% of global revenues.

The argument is based on the “right to privacy”, and is based explained by pointing out that the information would only be removed if the impact on the individual’s privacy is greater than the public’s right to find it. So, if you have a 1990s conviction for assault you are more likely to get it removed if you are an electrician than if you are an aspiring politician (or, I imagine, a teacher). Max Mosley – who you might remember won a case at the European Court of Justice that restated his case that his private sexual activities were not in the public interest – can now for instance get references to those activities removed.

Can you see the potential problem here? How far will this go? Anti-Censorship groups are up in arms – with Javier Ruiz – of the Open Rights Group.likening it to “being able to walk into a library and forcing it to pulp books”. Here is what I mean by it being so important how the policy is implemented. What if you are a restaurant or a hotel that has had a bad review? Could we end up with deep pocketed businesses and governments managing to extend this law to get something they don’t like deleted. Unsurprisingly I have already found someone on comment forums ask whether Tony Blair, as a businessman nothing to do with politics anymore, can ask for references to be removed from google to Iraq. Probably not – but the ruling will need to be clarified – as, like with the Freedom of Information ruling many years ago – the devil will be in how it is interpreted and implemented rather than what it actually says.