What we can learn from Jason Millard disqualifying himself from the biggest golf tournament in his life. 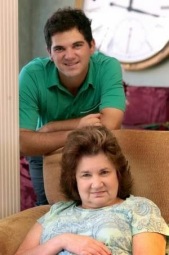 The best way to judge someone’s true character is how they behave when no-one is looking. Another way to test whether you are doing the right thing is whether you are willing to tell your family and friends about it. There are legions of politicians (expenses), businessmen (collusion, breaking contracts), and scientists (hiding inconvenient data) who could and should learn from that.

I heard a story about a man named Jason Millard today that brought these truisms to mind. This actually happened two weeks ago, but only now is being told more widely than the USA. I wanted to share it with you because, well frankly I think stories like these are so very rare that when they happen everyone should hear about it.

Just a bit of background on Jason Millard. He is a struggling 24 year old professional golfer who can’t get a place on the main tour and is barely scraping a living. His father (who Jason said was his “best friend” passed away last year aged 60 of Leukaemia, leaving Millard to care alone for his mother, Debbie, who has suffered from multiple sclerosis all his life.

So, if anyone needed a big break, it was Jason Millard. Three weeks ago, he got one – playing so well in a final qualifying round for the US Open (one of golf’s “major” tournaments) that he won a place in it for the first time.

Only, there was a problem. On the 27th hole of the 36 hole tournament, Millard had been in a bunker. Before he took his swing he thinks his club may have hit the sand. The rules of golf state that if you ‘ground’ your club in the sand before playing your shot, you must take a two shot penalty (because it might improve your lie in the bunker). Millard didn’t see his club touch the sand, but as he swung through to take his actual shot he ‘thought he saw a little indent before the ball’. He immediately notified his playing partner, who called a rules official, who said that it had to be Millard’s call. Millard wasn’t sure, so he carried on. Had he given himself that penalty, he would have missed out on qualification. But he didn’t, so he made qualification by one.

For the five days between that moment and setting off to the US Open, Millard thought about that moment every second of the day. It was eating away at him inside. He desperately wanted to play in the US Open, especially because the Sunday was Father’s Day, the first since his father had died. He knew there hadn’t been a TV camera there – so he couldn’t check – but he just thought that he ‘may’ have grounded his club in the bunker, and he couldn’t carry on.

So, after an hour of his drive to the biggest tournament of his life, Millard stopped the car, called a US Golf Association official, and explained to him that he couldn’t compete with the uncertainty of whether he deserved to be there weighing on him. Jason Millard effectively disqualified himself.

He turned the car round, walked through the door of his childhood home, and told his mother about his decision. A tear fell down her cheek as she listened to her son’s story, then she told him that she was proud of him and that he would “get ’em next year.”

Golf is a very honourable game, and Jason Millard isn’t the first golfer to call a penalty on himself. But we now know a lot about his character from what he did when no-one was looking, and he knew that he just couldn’t have told his friends and family he had got qualified for the US Open fairly – so he pulled out.

At least Millard sleeps soundly – I wonder how many politicians and businessmen do that?

50,000 people assembled in Parliament Square to protest against austerity: why wasn’t the BBC interested? »
« Youth jobs and skills plan – how I know Ed Miliband’s onto something good