Whole of life health and social care insurance or “Death tax”? Worth a debate 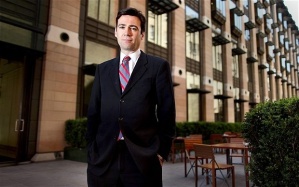 Two years’ ago, having supported Andrew Lansley’s reforms, David Cameron lost his bottle in the face of opposition from health professionals , sacked Lansley and installed someone in Jeremy Hunt who would concentrate mainly on not upsetting anyone (anyone recognise that tactic being used again recently?). The Labour Party had in place Andy Burnham, who had been Health Secretary when they were in government and so was an extremely effective shadow. Unlike Tristram Hunt, whose disinterest in education has been shown time and again over the past year in which he has been in place, Burnham continues to think bravely about his role. In particular, he is refusing to give up trying to come up with an answer to how we will fund the long term care of our elderly.

Just before the 2010 election, Burnham floated the idea of a 10% levy on the value of the estates of people who die. This would be paid by all, regardless of whether they had needed services. It would bring social care in line with the NHS, making it free at the point of use. At the moment, bills for care homes are unlimited, and paid by individuals from their own resources, unless they are very poor. This has led to an estimated 40,000 people having to sell their homes every year in order to pay for their care. This means that people with Alzheimer’s, which could happen to anyone, have to pay a “dementia” tax compared to someone healthier as the cost of their care is so high. Burnham feels that the best answer to our demographic time bomb, which is ticking because our average age is growing without a way to fund the consequences of that, is to put health and social care together so that there would be a single “whole person” system of care.

The Tories are looking at this from the other angle, saying that there should be a ‘cap’ on the money each person had to spend on their care in old age or disability. This could be at £50,000 or at £75,000 rather than the many hundreds of thousands that many are paying now. But Burnham sees this as not a fair system, as for some people £50,000 could be all that they have, and it would still leave us with a two tier system in which some people pay for their care and some don’t.

Burnham believes that if there was an “all-in” system then the exposure that people would have to care costs would be significantly lower. He admits that as with every insurance system, some people would end up paying but not using the service, but also, some people would not have their lifetime savings eaten away for their care. The NHS principle that we have in this country means that our health is looked after whatever our resources, and all Burnham is doing when floating this again in a speech to the think tank “the King’s Fund” the other day is asking for ideas. If anyone has better ones, they were welcome to offer them.

The response from the Tories? They reminded everyone that this was labelled the “Death tax” when it was floated first. Sensible reasons why it wouldn’t work or their ideas were better? None.

Balls says most of us are worse off than in 2010, the Tories’ response is simple yet probably effective »
« Flat tax flattened