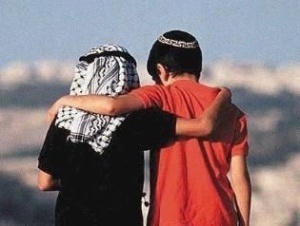 Today the eyes of the world, and particularly the Middle East, will be on our House of Commons. Labour MP Graeme Morris, Conservative MP Crispin Blunt, and Lib Dem MP Sarah Teather have brought forward a motion for the UK Parliament to vote on whether to recognise Palestine as a state. If the motion passes, the UK will be the 135th country to do this.

The vote is far more significant than last week’s vote in Sweden that was passed on the same subject. This is because it was the Balfour declaration in 1916 that created the concept of a need to have a Zionist State, and it was the British who were in charge of the land that is now Israel before the 1947 Declaration of Independence. Parliament voting to pass this motion would thus be a vital political u-turn on British policy over the past 100 years.

It is for this reason that all Government ministers who wish to remain government ministers will have to abstain from the vote. Government policy is to support negotiations for a two-state solution but to have those negotiations succeed before the State of Palestine is officially recognised. However, it is believed that Labour will operate a three-line whip on this vote to make all their MPs vote for it, which may or may not be ignored by some of them. Some Lib Dem and Conservative MPs will also vote for the motion. Therefore it is quite possible that it will be passed, and it is worth looking at what this means for the peace process.

First of all, the official line against the acceptance of Palestine as a state is that it must come at the end of successful peace negotiations. But many international observers have noted that given the continuing building of settlements in the West Bank (which I believe are illegitimate) and the events of Gaza this summer (remember, Hamas claimed victory BECAUSE so many Gazans were killed), those negotiations are simply not going to work. Sadly, the unique pressures of Israeli democracy has produced a government unwilling and unable to make any sensible moves towards peace and this fuels the continuing support of Hamas who are even less likely to do so from their side.

Second of all, it is believed that some MPs are pushing for an amendment to the bill, saying that the recognition of Palestine as a state should be “as part of a two state solution”. This is important, because of the alternative, which is a one state solution. It appears that Benjamin Netanyahu’s government are thinking that they can have a one state solution and eat it, but Peter Oborne in the Telegraph sums up neatly why that can’t happen.

“A one-state solution would involve the creation of a new entity stretching from the Mediterranean to the Jordan River. It would embrace Gaza and the West Bank, meaning that the majority of the population would be Arab. This would place Israeli leaders, who claim that their country is the only democracy in the Middle East, in an agonising situation. They could stay loyal to democracy, but only by giving away Israel’s Jewish identity. They could retain Israel’s Jewish identity, but only through becoming an apartheid state in which only Jews were entitled to the vote and other basic rights”

I don’t believe a true friend of Israel would support that solution. There are also three reasons why the (mainly symbolic, since it wouldn’t bind Parliament nor would it actually create a state) recognition of the state of Palestine as part of a two-state solution would actually help secure Israel’s future:

1)The official recognition of a Palestinian State as part of a two – state solution is a reinforcement of the existence of the State of Israel. The UK cannot do one without the other. That is important, as it reinforces the political security of Israel.

2) Once the UK has recognised the Palestinian State, it commits itself to defend and protect Israel should any attack on it come from the Palestinians. It didn’t have to do so before, as they were an occupied territory and theoretically it was an uprising. But if there is a Palestinian state, and it would be part of the UN, a UN state cannot attack another UN state and the UN has to intervene if it does. That is also important, as it reinforces the military security of Israel. The question I would ask of UK, and Swedish politicians right now is…if they are so confident that this solution doesn’t compromise the existence of the State of Israel, will they commit UK and Swedish troops to man the borders between the two states they think can live alongside each other?

3) The Palestinian people need to see there is a diplomatic and democratic route to achieving their aims. If they don’t then it becomes more understandable if they feel no option but to use more violent means. That is not a threat either, it’s just that being recognised as a state by the UK and eventual membership of the UN effectively enfranchises the Palestinians in the global political process. If they remain disenfranchised, then they may resort to other means, and it will point to a peaceful attempt to achieve their aims that was turned down. There ARE Palestinian leaders who want a peaceful solution, or who are at least resigned to it. We need to support them.

Have we just discovered that the NHS is a Westminster bubble issue but not a voting issue »
« A Conservative – UKIP pact may be have short-term benefits, but could be a long-term disaster.