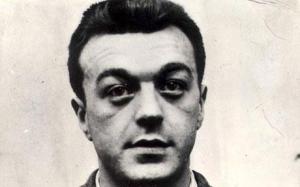 One of the prices that we pay for living in an liberal democracy is that sometimes, when someone has committed a crime, and has served their time, they are released from prison. One of our responsibilities as a liberal democracy is to aid their rehabilitation by accepting this, and allowing them a chance to contribute positively back in society. Sometimes, this makes us have to hold our nose. The case of Harry Roberts is one of those times.

In 1966, Harry Roberts shot dead three plain-clothes police officers after they approached him and two other men as they were sitting in their van in Braybrook Street, near Wormwood Scrubs prison in London. Roberts opened fire on the officers when he feared they would discover the firearms his gang were planning to use in an armed robbery. He shot dead two of the officers, while one of his accomplices fatally shot the third.

We have been reminded of this in the past week as, after 48 years in jail, making him one of the UK’s longest serving prisoners, the Parole Board approved his release at the age of 78. He had served 18 years more than his minimum sentence for the simple reason that he had never shown any remorse for the killings. He had also proved himself to be at risk of reoffending. When he was moved to an open prison in 2001 to prepare him for release he was found to have been involved in drug dealing and smuggling and was moved back to a closed prison again. He responded to this by allegedly telephoning the owners of an animal sanctuary where he had worked on day release during his time in open prison every day for four years saying he would “tear from limb to limb” anyone who spoke against him – and there followed a series of attacks on animals in the sanctuary, believed to have been ordered by Roberts from prison. During his time in prison he was producing art and pastry decorations depicting the shooting of police. It is no surprise that his release, even at his old age, has brought out much recrimination and calls for a law to be brought in to ensure “cop killers” die in jail.

The arguments for that law may make sense when you first look at them. After all, a successful liberal democracy needs to have some law and order to ensure people are free from fear of crime. Our police are in general not armed, yet they walk into situations where the people they are challenging could well be armed. When someone deliberately shoots and kills a policeman, they are shooting and killing a central fabric of our society, and therefore there is a strong argument that they should never be free after that.

But think also about the arguments against this. Where do you draw the line, why should the murderers of police officers be treated differently from the killers of a prison officer for example. Also, how are the murderers of police officers different from terrorists who have taken lives specifically to spread terror throughout society.  Also, there is a practical concern, mentioned by former Met Police Commissioner Lord Condon. He said that if the law states that if you kill one police officer you are going to jail for the rest of your life then once you have done that you having nothing left to lose. Killers who have nothing left to lose may choose to go on a killing spree. This makes them more dangerous during that time to everyone, particularly police officers. There always has to be a chance of release otherwise prison is purely about punishment, not rehabilitation. When that is the case, we all lose out, which is why Harry Roberts, should it be decided that he is no longer dangerous, should have been allowed out.

By the way. It was DC David Wombwell, DS Christopher Head and PC Geoffrey Fox. Those are the names of the three unarmed policemen who Harry Roberts shot dead. Their names have been forgotten, but if you are going to remember any names from this sad case, it should be theirs.

Let’s devolve putting clocks back to Scotland. The rest of UK can stop »
« “AfghanistanandIraq” is no more – all we can do now is watch and hope