Why the voting age should be lowered to 16 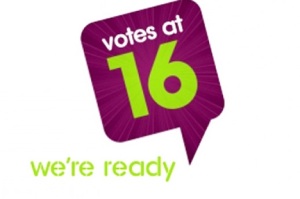 Ed Miliband announced today that the Labour Party planned to lower the voting age to 16 should they enter Government next May. This change, would be in place for 2016, in time, Miliband hopes, for 16 year olds to vote in the Scottish Assembly election. It will not be controversial in Scotland, where 16 and 17 year olds were allowed to vote in the recent independence referendum. But in the rest of the UK the argument is still to be made for the change. I want to make it now.

When you are 16, politics is something done TO you, rather than something you can participate in. These young men and women ARE interested in politics, and are being educated in politics through their citizenship and PSHE (Personal, Social and Health Education) lessons. But those lessons stop at 16. So, even though it is now compulsory for pupils to remain in education until 18, they will not have access to the political education they get up to 16 in those last two years. This education is the key. If, at the end of their time in school, every pupil will be eligible to vote, then an investment in political education will be worthwhile, to make sure they are informed enough to make the most of it.

Furthermore, as Miliband rightly points out, there would be a chance, during that Year 11 in which they take GCSEs, for ALL pupils to be registered as a year group to be able to vote. This is important, as it used to be the case that the head of household could register you to vote, but that has changed to individual registrations, which at the moment are dropping. Imagine how galvanised registration will be if there is a chance to vote at 16. It is why I believe that it is more likely that a pupil will take the chance to vote for the first time at 16 than they would at 18.

I’ve already heard people poo-poo the idea because they remember what they were like at 16. Or they think about what they see as the slack-jawed youths in school uniforms on the trains and cannot believe they would take the responsibility to vote seriously. But I have spent the last 9 years around people of 16 and 17 and they are far more politically engaged and responsible than you can imagine. It is time to trust them.

Back in September, the 16 and 17 year olds of Scotland were trusted. Their experience of being part of the political system means that they are now politically engaged for the rest of their lives. Armando Ianucci, the political writer and comedian, commented that “what was thrilling was how energised that whole generation had become, how they asked all the most penetrating questions, how forensic was their analysis of what politicians had to say and how they challenged parents, brothers and sisters to do the same.”

The rest of the UK has a chance to energise the remainder of that generation. To not do so would be a missed opportunity. So let’s do it.

How do we solve a problem like Food Banks? »
« The Stamp Duty changes make housebuying more fair but don’t address the supply problem