The fall in the oil price shows that sometimes “it’s the politics, stupid” 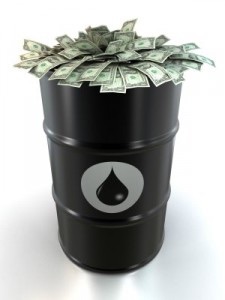 The oil price has halved over the past year. It is now at $72 a barrel having been up around the $150 mark. Economists are searching for reasons this has been happening. Have there been new sources of oil found? No. Has demand for oil fallen? A little bit. But the major reason for the Fall in the oil price has in fact been caused by Geopolitical strategy employed by the Saudi Arabians.

Put simply, the Saudis have switched on their oil pipes. The oil that they extract is easy to get out of the ground, flows very quickly, and they already have the capital infrastructure in place to make the cost of extracting each extra barrel (known as the ‘marginal cost’ of a barrel) about $20. But, you may be wondering, why have the Saudis done this, when they are past of OPEC, the dominating oil producing cartel, and for years they have been part of a plan to restrict supply to keep the price up and reap the profits?

This is where geopolitics comes in. The Saudis, partly under pressure from the USA and partly because they are concerned about the rise of Iran as an economic force in the region. The Saudi leadership are Sunni Muslims and the Iranians are Shia Muslims, and these battles matter in the Middle East. The Iranians have had economic sanction after economic sanction to try and force them to stop producing Nuclear weapons, but have been able to avoid the worst consequences of these by selling oil. The surplus profits from selling this oil has also gone to propping up President Bashar Assad’s regime in Syria, as well as funding Hizbollah and Hamas. So there is a reason to strangle Iran economically.

The key figures here are the prices that oil has to be for a country to make a suitable profit from it. Iran needs $140 a barrel, and right now it is half that. This changes how they must approach international relations.

But it’s not just Iran that is suffering. Russia needs an oil price of $120 a barrel to be able to continue their stranglehold on Near Eastern international relations. In response to his behaviour over Ukraine, some modest International sanctions had been applied, but little was working, the trouble is that Putin needs money to be able to absorb the Ukraine and Crimea into Russia in the way that he has planned, and he got that money from Oil. If the price of oil is kept low, the price of Putin’s approach to international relations becomes clear to the Russian population. In the 1990s, as they struggled with the impact of capitalism replacing communism, the Russians got bailed out by large Western and IMF contributions. There is no way that will happen as long as Putin is in power. So possibly the fall in the oil price will do what the sorry excuse for democracy in Russia has failed to do.

Then there is Venezuela. They need $100 a barrel to find the massive social welfare programmes that have been taking place since Hugo Chavez took power and that have been continued by his replacement Nicolas Maduro. The high oil price allowed them to carry out their socialist revolution in their country, but also to use profits to attempt to influence other countries too. To the extent that the behaviour of Venezuela has been a destabilising influence on Latin America, it is in the interests of the USA and the West to have the oil price so low too.

The USA are clearly cheering these developments. They are partly a cause of it, because their extraction of shale gas has cut the price of energy by a third and made them no longer reliant on any other country for their energy needs. They realise that this makes their foreign policy no longer eligible to be condemned as driven by oil needs, but they also realise that anything that weakens Iran and Russia is good for them geopolitically.

Finally, there is an interesting development taking place nearer to home too. The SNP’s calculations of how oil could fund the brand new world they claimed they were going to create relied upon an oil price of $90 a barrel. With the oil price above $100 a barrel for so long, these assumptions seemed to be really quite prudent. Not anymore they aren’t. It will be interesting to see, as they continue their naked push for a second referendum in the near future, how they plan to explain their plans for funding the socialist utopia they are creating without a high oil price to rely upon.

Sometimes, when the market seems to be working, and when prices fall, it’s not the economy, but the politics, stupid.

Miliband’s deficit cutting plan is late, but better than never »
« How do we solve a problem like Food Banks?