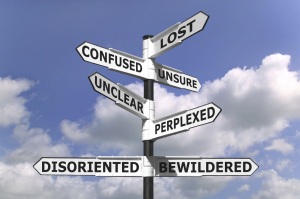 Happy New Year everyone. Welcome to what promises to be one of the most memorable years of politics of our generation. The only thing I can predict about this coming 12 months is that it is completely unpredictable. . One thing is almost for certain, just as 40 years’ later people still write about the political turmoil of 1974, when there were two elections and much to-ing and fro-ing before a government was formed, people will be writing about this year in 40 years’ time. I will show you this by explaining what our politics could look like in a year’s time.

That is NOT to say however that Miliband will be Prime Minister at the end of the year. If he doesn’t win a majority and has to limp along for a while with a lame duck minority government the Labour Party may push to replace him with someone who could win a majority should they call another election. That could be Chuka Umunna, Andy Burnham or Yvette Cooper.

As for Cameron, if the result is anything other than an ability to create a working government first time, we have to assume that the Conservatives will say “Thanks Dave for the 10 years but we need someone new now”. That new person could be Boris Johnson, who will be in Parliament on May 7th as he has been selected for a safe seat. Johnson scares Labour because he managed to beat Ken Livingstone twice in naturally left-wing London. Theresa May could also be the new Conservative leader, should they wish to turn more right-wing. The trouble with May is that whilst she has been an extremely competent Home Secretary I fear the “Peter Principle” could apply to her, in that she could be promoted above her level of competence. What has she done that suggested she could unite and lead a political party? Then there is George Osborne, who has undergone quite a revival since being booed at the Paralympics, but I just don’t think is Party leadership material and may be better used as a Foreign Secretary. The other thing to look out for is someone young emerging from within the party, like Cameron did, or maybe Sajid Javed (who certainly has a Labour-scaring personal story) although I can’t look past Johnson, with his proven Executive experience, and May, who held one of the trickiest posts for longer than anyone in generations.

Deputy Prime Minister – This is complicated by the likelihood that whatever government emerges, after the first or second election, will probably be a coalition. Should that be the case, it wouldn’t be a surprise if the leader of the main coalition partner is offered the DPM role, because it is a role that allows them to pursue whatever aims they have without having to run a department that actually has to get things done. If the Lib Dems win enough seats then it could be Clegg again, although I think this is very unlikely, particularly if there is a second election, in which case I think there will be a new leader, which could be Steve Webb, who has proven ministerial experience and is a safe pair of hands, or the left-wing Tim Farron. Vince Cable? Surely too old, and surely too proven as unable to hold the discipline of ministerial responsibility for government decisions. But you never know.

Talking of ‘you never know’, if the SNP win enough seats, the leader of their Westminster delegation may get the DPM role under a Labour government, and that could well be Alex Salmond. I still think the SNP will want to stay away from the responsibility of UK government, particularly if their contribution helps it to work for Scotland, in which case the clamouring for the second Scottish Referendum will lessen, which is not what they want.

In terms of Labour or Conservatives, the choice of DPM is affected by the lack of prestige of the office. Should either get in Parliament, the bigger jobs are Chancellor, Home Secretary and Foreign Secretary. However, bearing in mind that the DPM is in charge of the country when the PM is away, the choice should be a safe pair of hands. OR the leader could promote someone who is a rising star of the party to give them experience. The choice for a Labour leader is complicated by the fact that the a Deputy leader of the party is elected, and would thus be in Pole position for the job. So I wouldn’t be surprised if Harriet is Deputy PM at the end of the year.

Governing Parties – This is the hardest one to call. At the moment it may take three parties to form a government in May. The Conservatives may be able to do it with the Lib Dems and the DUP from Northern Ireland. Labour could also join with the Lib Dems but could also include the DUP, SNP, SDLP, Plaid Cymru and Greens if necessary. It all depends how many seats they win. Where UKIP comes in this I don’t know, but my feeling is that they may strategically not want to be in government yet, as it would lose them the anti-politics vote and they need to be free to campaign for leaving Europe.

I feel that the May election may show UKIP voters the danger of wasting their votes in constituencies where the party was never going to win. If Labour wins enough seats without increasing their vote but because the Tory vote was eaten into by UKIP, then UKIP voters may realise that it really is true that going to bed with Nigel Farage means you wake up with Ed Miliband and that may mean that in a second election they will go back to voting Tory, which could increase Tory seats enough to put them in government after the second election.

Labour’s chances depend on how much the SNP can eat into their 41 Scottish seats. The polls that say the SNP will win 50 seats are not realistic as they don’t take into account the dynamics of different constituencies and the power of incumbencies for current Scottish MPs, which is why the bookies have SNP at about 25 seats, which is still a massive rise.

I have written before that I feel the current party system (which parties have a chance at power) makes the current election system of First-Past-the-Post not fit for purpose, and having two dominant parties who are SO ‘catch-all’ (encompassing such a broad range of ideological positions) is also inappropriate. Therefore I wouldn’t be surprised if in the near future three main parties emerge – a right wing one of UKIP and the right wing Tories, a Centrist one of centre-right Tories, orange book Liberals and Blarite Labour MPs, and a left-wing one of left-wing Labour and Lib Dem MPs with support from Greens and the SNP. But this split may not happen until the 2020 election.

So, as you can see, it is hard to predict what our politics will look like in a year’s time. But that is what makes this year so interesting. Thank you for reading what I write and I look forward to being there with you to help guide you through a year to remember.