Wales 2015 Part 2 – the constituencies to watch 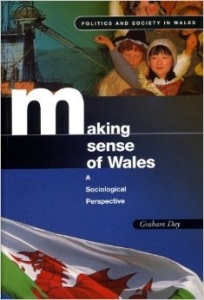 As I explained yesterday, it is very likely that the results from Wales will not decide the 2015 General Election. It is even possible that the results in terms of seats would be entirely the same as in 2010. However, a look at the polls at the moment suggests some seats may change hands. Here are the constituencies that you will want to watch.

The most recent poll has Labour at 36% and Conservatives at 23%. The key change however is that the Lib Dems have fallen from 20% to 5%. Their vote has been taken by UKIP who have gone up to 18%. It is the collapse of the Lib Dem vote that is key here to any changes that might take place.

Well, almost. In Cardiff North Jonathan Evans won the seat for the Conservatives in 2010 by 194 votes. Under any circumstances that could be a very difficult majority to defend, but Evans is stepping down in 2015 so the Conservatives won’t have any incumbency benefit there. So Mari Jones of Labour is a clear favourite there.

The two seats that are the most likely losses for the Lib Dems are Cardiff Central and Brecon & Radnorshire. Cardiff Central gave Jenny Willott a large majority in 2010 but is hard to predict now because of the nature of its demographics. It has the third highest percentage of students in the UK and the fifth highest percentage of privately rented homes. These two statistics, which are related obviously, means that the many of the inhabitants of the constituency have moved out since the last election, which makes it difficult to predict. Add to that the likelihood that Willott received a lot of votes from students due to the Lib Dems’ promise to end tuition fees (which is obviously far less likely now) and it is very possible the seat could end up in the hands of Labour in May.

Brecon & Radnorshire would, under a uniform swing bearing in mind the poll results, change to Conservatives given Roger Williams’ majority is only 3,000. But Williams has been the MP since 2001, and Lib Dem MPs tend to have a very good reputation as effective MPs. Added to this incumbency effect is the nature of the constituency, which is the biggest in Wales. It has a load of small isolated farms and hamlets that make it difficult for candidates looking to change minds to get around the voters. Therefore, it would take a lot for the Lib Dems to lose there.

As for whether the Lib Dems could make any gains, a seat to look at is Montgomeryshire, which was lost by Lembit Opik in 2010 having been a bastion of liberalism for so long that it was, in 1955, 1959 and 1970, one of the only 6 seats the Liberals won in those elections, Glyn Davies, the winner in 2010, is now in his 70s, but is standing again, and it remains to be seen if he can retain it.

Labour’s closest challengers in the seats they currently hold almost everywhere are the Lib Dems, and it is unlikely they will receive a strong challenge there, even in the 504 majority seat in Swansea West

As for Plaid Cymru, they have three seats. One is Arfon which has a majority of 1,508 so Labour may target that. But where things do get interesting is in the two seats that they could win – Caerdigan from the Lib Dems and Ynys Mon from Labour. They won these seats in the Welsh Assembly elections of 2011. Ynys Mon was won again, by a massive margin, in a by-election in 2013.

However, Welsh Assembly elections are going to benefit the Nationalist parties: People are more likely to vote for the Welsh nationalist party in a Welsh assembly election and also, given the Welsh Assembly is voted using proportional representation and coalitions are likely, a vote for Plaid Cymru isn’t wasted, whereas it is in the General Election, where their rather variable vote, mainly comprising Welsh speakers, just makes it difficult for them to win seats under First Past the Post.

So those are the ones to watch. But don’t expect fireworks.