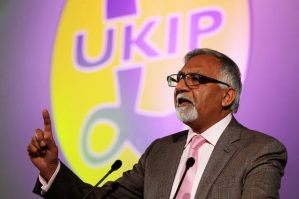 Political parties love defections. They say to the public, the parties think, that the defector is so ridden with doubt about their own party’s policies that they are prepared to switch allegiance, and the public should think about doing that with their vote. However, as some recent defections show, the parties should be careful what they wish for.

The problem with party politics being so ridden with consensus over so many issues is that it is easier for a politician to defect from one party to another without discarding too many core principles. So, for examples, Douglas Carswell can to to UKIP over concerns about Conservatives’ EU policies without necessarily abandoning a commitment to the NHS or changing his beliefs on education (although that may be receiving a test soon).

Two recent defections – a defection to UKIP and a defection from UKIP, should serve to make the political parties involved pause for thought. Or at least make them do a little more research on the person defecting before they make a big deal about it to the press.

The move from Labour of Natasha Bolter, an Asian woman (tick, tick), led to her being presented to rapturous applause at the last UKIP conference, only for some not even very sharp investigating to find that she had lied on her CV about her background, employment and qualifications. That’s before the bringing down of UKIP’s General Secretary Roger Bird over claims of a relationship between them which may have influenced her fast-tracking to candidacy.

Then, this week, Amjad Bashir, a UKIP MEP, defected back to the Tories. He said it was because UKIP were “pretty amateur” and had a “ridiculous” lack of policies. This led David Cameron to pronounce himself “delighted”. The deal was sealed in secrecy on Friday, Cameron then flew off to Saudi Arabia, leading his party press office to announce it. It didn’t have quite the effect they thought it would.

UKIP immediately brought attention to the fact that last Tuesday, three days before the defection was announced, they had suspended Bashir from the party. The suspension was over alleged irregularities with EU funds, interference with candidate selection in Bradford, his company employing illegal immigrants and his relationship with Mujeeb Bhutto, a former UKIP Commonwealth spokesman exposed last year as the boss of a Pakistani kidnap and extortion gang and meetings with MQM, a Pakistani group banned from Canada for links to terrorism.

Over the weekend a panicking Conservative Press operation withdrew Bashir from all media appearances. Internally, I would imagine someone is asking questions over what research was done on him before his defection was announced and celebrated so publicly. David Cameron meanwhile…well I would assume his internal thoughts over this are not printable.

Bashir has only been accused of these things, they are not proven. But the main point to be made to the political parties is that they do need to spend a lot more time researching their defectors before announcing them to the public. Otherwise, there will be many more embarrassing moments like this over the next few months.

UK Party leader debates….it’s just not how our democracy works »
« Let’s hear it for the “Shy Tories”