Straw and Rifkind – the scandal we deserved 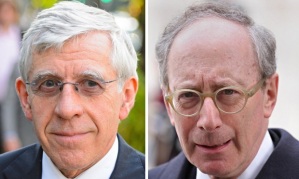 An important starting point for this blog is that few people actually understand the nature of an MP’s job and life. First of all, you are not employed by the government and you don’t get a salary. MPs are essentially private contractors for the government who get paid £67,000 a year. This arrangement is as it is for the simple reason that should they lose their seat they are unemployed the next day, whereas if they were full time employees they would have to go through some extended redundancy procedures and have rights that would not be workable with their job.

The next thing people need to understand is what MPs actually do. They spend 4 days in London, most of them away from their families, and then three days in their constituency, meaning they need homes in both. They have responsibility for the lives of about 100,000 constituents and are contributing to the creation of the laws of our land. They need a functioning office in both their constituency and in Westminster with everything from staff to stationery. The hours the House of Commons operates are anti-social, with many votes occurring quite late at night, which they ought to be there for. The many people who blindly attack MPs should consider the effect on family life of this arrangement. All this, and you could lose your job with a day’s notice every 4 or 5 years.

The next thing I would like you to consider is the importance of the quality of person we get as an MP. If the pay is too low, then the House of Commons will be full of either political obsessives or rich people who can afford the sacrifice. Over a third of new entrants into the Commons in 2010 took a pay cut to do so. I would like my MP to have one or both of two things: life experience that helps them understand the challenges facing the people they represent, so this would encompass people from all social backgrounds, genders, disabilities, ethnicity, trades etc. I would also like my MP to have enough of an intellect to understand the complexity of some of the issues in front of him or her. There is a reason Lawyers make good MPs, because their attention to detail and ability to scrutinise helps hold the government to account and also to master their brief as a minister. There is a reason Doctors make good MPs, because the NHS is the third biggest employer in the world and they are also used to making big decisions under pressure in a small amount of time, some of them literally life and death. But there is also a reason a bricklayer makes a good MP, because they understand the challenges of that type of work and how to help tradespeople to improve their productivity and living standards.

We have spent too long holding down the MP’s salary out of some false sense of “they should want to do it for nothing” and “I would be happy on ……”. Politicians have connived in this, having for too long voted on their own salary but also then voted to hold it down whilst knowing that on the side they can make a huge amount of money on expenses. This ended, as we know, in 2009, but it means we now have a gap. The responsibility and workload of a good MP sh UK’s justify a salary commensurate with a Headmaster or a GP. It did once, it doesn’t now. My question to those who insist that £67,000 should be enough is this…if you had the skills to make a lot more than that, would YOU put up with a change in standard of living for you and your family to become an MP? Honestly?

Being an MP means your every utterance is dissected and at you are at constant risk of defenestration by the next Twitter-mob storm. Being an MP means that you cannot be honest about your life, or your wishes for other people, in case those who control the media decide that what you say doesn’t fit their world view. Being an MP means you lose your right to privacy, and your right to be a normal person who makes occasional mistakes. Are we really saying it is Ok to ask people to take a pay cut for all that? You can come back at me if you want with “surely the problem is a society in which lawyers and accountants are paid so much more than bricklayers”, but I would answer that we need MPs’ pay to reflect the reality of today not the political utopia of tomorrow.

Finally, an independent pay authority was created (IPSA), to review MPs’ pay and came up with a plan to start raising it to solve the problems caused by it having been held so low. Immediately both a Labour and Conservative ministers attacked IPSA and said they wouldn’t take the pay rise. So it wasn’t independent any more. I don’t believe that these Labour and Conservative ministers believed in what they were saying, they were merely heading off the Twitter-storm that would have resulted had they done anything else, knowing as they do that people just don’t understand what MPs’ do and how much what has happened with MPs’ pay has held back the quality of people we are getting to represent us.

It is in the context of the above that I say that I am not surprised at all at the behaviour of Sir Malcolm Rifkind and Jack Straw. Both at the end of a career in which their pay has not reflected their contribution to society. Both (Straw in particular) about to enter an era of their lives in which they rely on a pension and whatever else they can earn. Both wanting to make the most of the considerable experience and skills they have developed over the past 50 years of their lives. They got caught. But we asked for it to happen.

Of course, Ed Miliband jumped straight onto the bandwagon by writing to the Prime Minister and asking for a law to be pushed through that MPs cannot take outside consultancies and directorships or cannot earn more than 15% of their salary extra. This sounds great on paper, but is partly a political move, to point out the likelihood that more Tories have outside earnings than Labour. It ignores that MPs doing something other than politics can sometimes help them do their job inside the Commons, as they are still in touch with real life outside. It ignores that MPs may only be in a Parliament for 5 years, or until the next Twitter-storm takes their job, so need to keep up their skills and experience. It ignores the fact that the reason many Tories have outside consultancies and Labour MPs don’t is that most Labour MPs have never worked outside politics so have little to offer. It ignores the likes of John Hemming, the Lib Dem MP, who built up from scratch a 250 person IT business and would have to divest it or deprive Parliament of learning from someone who has actually been, there, done that, and created wealth.

But most of all, it ignores how much we have undervalued our MPs, and how much that needs to change. We got what we deserved.

It is constituency polls, not national polls , that matter for the Liberal Democrats. »
« Speed cameras – should Labour be exchanging our safety for a few votes?

2 thoughts on “Straw and Rifkind – the scandal we deserved”