Should our water companies ever really be ‘private’ companies? 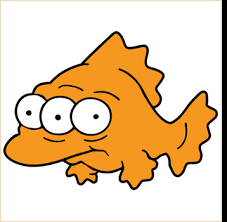 I advise you not to read this whilst eating, or even attempting to digest. The water around you is full of sh*t. I mean, proper sh*t. ‘Effluent’ to use the polite name for it. There are about 30,000 ‘outfalls’ around England and Wales and it is reckoned that about 55m tonnes of raw sewage is sent into the River Thames each year.  However, we can’t find out exactly how much because the companies who provide our water won’t tell us. They are sitting on information that many say should be public as they are a ‘private’ company. Whilst being technically true post-privatisation, I would be surprised if it really holds that a company allowed to provide us with one of our five needs is ever really fully private.

This has come out into the public domain because of the recent victory by the pressure group Fish Legal in the European Court of Justice. The group, who represent ‘fishing-related’ interests, spent six years and £150,000 trying to get the UK water companies to reveal information about the cleanliness of all rivers and bathing areas. The companies were claiming that they didn’t have to give information on pollution, and other incidents such as leaks of sewage into public waterways, because they were private companies.

In this, the water companies were supported by the government. Yes, the government. Or the Department for the Environment, Food and Rural Affairs (DEFRA) to be precise. This brave guardian of the people decided that if the water companies had to bow to the Freedom of Information Act (as if it were a public authority) then other utilities might have to. The question now has to be asked; why shouldn’t other utilities be covered by the Freedom of Information Act? Privatised or not, they maintain the infrastructure for a public service that everyone needs, and even provide that service in some cases, so if there are external costs to their activities that affect society, and they know about it, surely we should know about it?

The European Court of Justice certainly looked at it that way, ruling that given water companies retained the power of the old government run water authorities, such as the the ability to decide to dig up roads to maintain pipes, they can be subject to some of the same scrutiny too.

For economics and politics students this provides an interesting case study on the regulation of privatised industries. When they were privatised I wonder if it were intended that, given the importance of their work, they would be given the same freedoms as every private company. Margaret Thatcher said that privatisation would ‘enfranchise the many in the economic life of the nation’, explaining that if the public were shareholders of privatised companies, they would be able to hold them to account for their performance, so they would become more efficient. That can’t happen if the public are denied information. So this ruling should be celebrated. It is to be hoped that this transparency begins to act as a ‘disinfectant’.

If our workers were more like our immigrants we would need less immigrants »
« Why the SNP must hope that Labour can form a government without them.