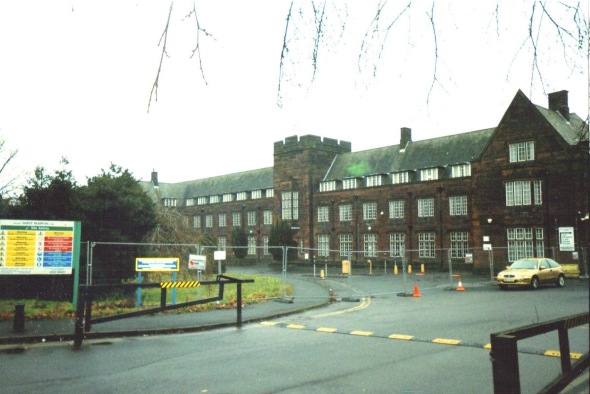 Given I have been stating for a while now that Labour should not have arrived at the 2008 recession, at the end of 15 years’ of growth, with a budget deficit (government spending greater than tax revenue) seems odd that I am going to now question George Osborne’s idea of legislating to make government’s run a budget surplus (tax revenue greater than government spending), during periods of what he called normal growth. But I am going to question it, because it is a purely political move that has very little to do with economics. I am also going to suggest to Labour the best way to respond to the Conservatives bringing this idea in front of the Commons.

First a reminder of the theory. During periods of economic growth, a government should ideally be building up a budget surplus, for two main reasons. Firstly, by withdrawing some discretionary government spending during periods of growth, the government can help control the increase in aggregate demand in the economy to maybe stop growth becoming unsustainable. It is often forgotten that Keynes, known for his advocation of spending during recessions, also suggested a withdrawal of spending during growth to avoid a cycle of book and bust that led to unemployment. The second reason a government should be running a budget surplus is that they will have more room to manoeuvre when a recession comes, able to stimulate the economy without recourse to too much extra borrowing. The Tories call this ‘fixing the roof when the sun shines’ and, all other things being equal, it is what Labour could have done when in power. David Miliband has admitted this, as have many of the current Labour leadership candidates.

This is where the politics comes in. The Tories know from their internal polling that a lack of trust in Labour’s economic competence was one of the keys to their victory. By bringing a Bill to legislate for governments to run a budget surplus in times of normal growth they get to remind the electorate about this, tying Labour into a corner as voting against it would suggest Labour are still not interested in sustainable economic management and use it constantly against them should they do so.

This is where Labour should come out fighting, but differently from how they did so before. Before, Labour allowed themselves to be dragged into debates about who caused the recession, which has a simple answer in that it was a Global Economic crisis caused partly by failure to properly regulate the banks by both the Conservatives since 1986 and then Labour since 1997. They shouldn’t have bothered. They key point was whether or not Labour should have arrived at the point of the Global recession running a budget deficit after 15 years of growth. They have tried answering it by comparing the budget deficit Britain had with other developed countries (irrelevant, other countries hadn’t just had 15 years of growth), or by simply denying they had spent too much (Ed Miliband in the Question a Times leaders’ ‘debate’). Both of these are ineffective and wrong. Here is what I think they should say and do.

Somewhere, there are pictures of what schools and hospitals looked like after 18 years of Tory rule. Somewhere, there are stories of what it was like to give birth in an NHS hospital in 1992, or to be taught in a state school in 1995. Somewhere, there is film of the crumbling infrastructure that the country was left with after 18 years of ideological shrinkage from the state’s responsibilities to its citizens. Somewhere there is a list of those people left unemployed for 15 years after the pit or factory that was their livelihood was closed without any plan to help them get a new job other than telling them to ‘get on their bike’.

It’s all very well telling us that we need to run a budget surplus during times of growth, but what happens you become the government of a country that has been allowed to rot in the places that most help the population live and learn? Maybe it would have been just as irresponsible for Labour to have run that budget surplus when so much needed to be done. If the price of committing to run a budget surplus is that you cannot solve a country’s problems at the very point you actually have the funds coming in to do so, then tying a future government’s hands together might be just the wrong thing to do.

I’m no evangelist for New Labour. Not every penny was spent prudently. Creating a million public sector jobs, including walking co-oordinators for local councils, can be seen as a craven attempt to buy votes from people who become dependent on your largesse. But Labour can be proud of much of what they achieved during that time up to 2008, and not afraid to show and tell why they needed to achieve those things.

Perhaps, Labour might suggest, allowing the Tories to insist on running budget surpluses during times of growth could mean that next time Labour takes over the country will look like it did in their photographs of 1997. It might work.