How economics and politics are causing our labour market to fail 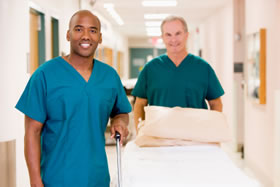 Nowhere is the tone of public discourse and the facts on the ground so different as the jobs market. The two mainstream parties at the election championed their ability to ‘control immigration’ and people are constantly claiming there are no jobs available. The first policy is actively hurting our economy and the second claim is simply not true.

A friend of mine is the MD of a national recruitment firm. His firm has 250,000 (yes, a quarter of a million) job vacancies on their books. Yet his firm can’t fill those vacancies. He readily admits that a few years ago there WAS a pool of unemployed labour and there really weren’t enough jobs to go around. Now it is the other way round. He is inundated with jobs and can’t find people to fill them.

There are a variety of reasons why this is so. Some of those reasons come down to basic economics and some of them come down to more complex human behaviour and some come down to political imperatives trumping common sense and the needs of our country.

The basic economics is that firms can see that demand for labour is currently outstripping supply of labour. So when my friend’s firm tries to fill a job vacancy at Firm A with someone who has a job at Firm B, Firm B is offering that person a pay rise as they don’t want to lose them. To the extent that this causes a general rise in real wages, this may be no bad thing, but at some point those wage rises could be followed by a rise in inflation, as we near our economy’s productive capacity. Maybe a rise in inflation from 0% to nearer the generally accepted target of 2% could be no bad thing, if it is caused by people getting jobs and wages being raised, but inflation reduces the value of money and raises the cost of living, so we do have to be careful.

Watch ‘Question Time’ or other political debates and you may hear an audience member complain that they ‘want a job, but there’s no jobs around here’. Now, that could be true, and expecting someone to uproot their family to move elsewhere to get a job is a hard ask if we also want to maintain community ties, and gives a case for government subsidies to take firms to where the spare labour force is. But drill down into the complaint about no jobs and you MAY find that what they mean is ‘there are no jobs within walking distance around the corner from me, with perfect working conditions and which pay a salary high enough to be worth me doing it, regardless of my skills and work ethic.’ That is a more complicated issue, but if we have a situation in which one firm has 250,000 job vacancies we have to consider that this could be the case. What to do about it? Not so easy as people in the UK are being told that they should have the right to jobs with dignity, and they do, but those jobs are not always available.

Finally, there is the political imperative to control immigration. This is not possible whilst we are in the EU. Yet the Conservatives are trying to do it by making non-EU immigration harder and putting a quota on it. The trouble is that there are many people from outside the EU prepared to do the jobs which have vacancies in this country.

Take, for example, hospital porters. We need them. Lots of them. But not many people in the UK wish to be a hospital porter. Plenty of people from outside the UK would be very happy to come and be one. My friend reports that not as many EU workers would (they can legally move and work here due to freedom of movement of labour rules), but plenty of non-EU workers would move here. But then you are hiring illegal labour, which the government is clamping down on. So the job vacancies remain.

When you think about this situation it is hard to ignore the point Nigel Farage has been making for at least a year. There is no problem with immigration if it benefits the UK. If the immigrants who come fill the vacancies we have, either having the skill or the will to fill jobs we can’t fill,  should be allowed to come. Instead, because we are part of the EU, we effectively have a racist immigration policy, which limits black and brown immigrants so that we can have freedom of movement of labour for white Europeans. Controversial, but he has a point.

So, economics and politics are getting in the way and causing our labour market to fail. Ultimately, only a few things are certain: A massive investment in training and especially vocational education is needed to raise the productivity of those with lower skills to justify in the long term higher wages. We may also benefit from the ability  to fill our job vacancies with people from all over the world instead of being so restricted. Most of all, we need to be able to tell people the truth. The truth about immigration, about job vacancies, about themselves. The truth is what politicians in particular are afraid of. Because the public are afraid of it too.

Why Syria continues to confound Cameron »
« How the House of Lords might help me look dinner ladies in the eye again.