When are the Referendum campaigns going to stop treating the public like idiots. 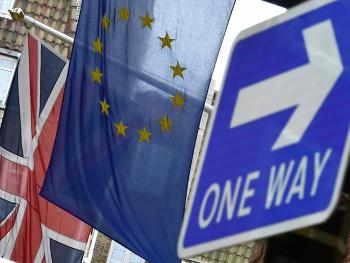 As the official EU referendum campaign started on Friday, I thought I should give you a little summary of where we are. I’m afraid it is a bit of an outpouring of frustration at the tone and tactics of both sides, which is making me concerned for the information the public will be using to make their decision on June 23rd. The public are being treated like idiots, and I just hoped for so much better.

The REMAIN campaign has been lacklustre to say the least, not helped by the leader of the Labour Party being rather uninterested. There is nothing wrong with ‘project fear’, as it is what you should be doing if you represent the status quo. The problem is that no-one in the REMAIN campaign has managed to come up with any kind of inspiring vision of why we should be in the EU. I asked two months ago whether the REMAIN campaign could answer the question of why, if we weren’t in the EU, we would join it as it is. That hasn’t happened. Maybe David Miliband’s speech, which talked of the benefits of international collaboration. But that’s it.

Worse, the Government, having promised last year not to “spend public money to send out a mailshot to British households in the last four weeks of the referendum campaign”, decided to spend that public money on a mailshot to British households in the last 12 weeks of the referendum campaign instead. They claimed it was withing the Electoral Commission rules. Yes, but not the principles, as the Commission pointed out. They claimed the British public wanted facts. Yes, but the mailshot didn’t possess facts, it possessed pro-REMAIN propaganda. Poor old Amber Rudd was wheeled out to say “what people have been asking is: What do the Government think?” – No they haven’t, they know which side David Cameron is on, so don’t even bother with that justification for what was a massive abuse of Government power. I said last year, and I will say again, that David Cameron should not just be making sure the campaign is run fairly, but should be SEEN to be making sure it is being run fairly. He isn’t.

As for the LEAVE campaign, they have at least been giving it a good go. Not representing the status quo, they have an uphill battle, and have been highly spirited whilst fighting that battle. I asked two months ago for the LEAVE campaign to tell me what problems leaving the EU would solve, and that would involve HOW leaving the EU would solve them. This hasn’t happened. What I find amazing is how few people have picked up on the fact that the LEAVE campaign keep on saying ‘nothing will change’ economically when we leave the EU. Why aren’t they saying it will be ‘better’? It isn’t happening, and that’s because of the second problem, they don’t know.

Let’s talk about that contribution to the EU budget shall we. The LEAVE campaign keep on saying we send £350m a week to the EU, but that is not including the rebate we get back and the subsidies we receive, which halves that contribution, and even further not counting the values of the other benefits we get from being in the EU. I think the LEAVE campaign should  be better than that false use of statistics.

Thing hit a new low when the LEAVE campaign launched their official campaign on Friday by saying that the £350m a week could all be spent on the NHS. That we were effectively choosing to not spend money on the NHS just so we can contribute to the EU budget? Really VOTE LEAVE, that’s all you’ve got. Here’s a point – if, when we vote leave, even an iota of the possible economic consequences talked about by the REMAIN campaign, IMF and others happen the country would lose, in GDP, an amount that puts your £350m to shame. What do you have to say about that? Oh – “Project Fear” eh? Sadly, we may find out whether it was or not in two months.

Anyway – the coverage of all this by broadcasters, worried as they are by accusations of bias, has meant that REMAIN and LEAVE campaigners are just given free range to peddle their combined half-truths and evasions on the public. It would be good if someone on the BBC for instance could just be someone to take what each side says and check it for the truth and summarize it sensibly. If they don’t start soon, you’re stuck with me!

2 thoughts on “When are the Referendum campaigns going to stop treating the public like idiots.”