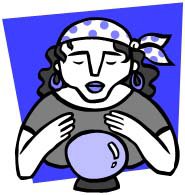 So, the vote to overturn the Fixed Term Parliament Act and call a General Election passed with barely a murmur from the House of Commons. One hundred MPs abstained (similar to a vote against as 2/3rds of the entire House has to vote for the election to go ahead), and thirteen MPs voted against.

A lot of people have been asking me for my predictions for June 8th. I would love to be able to make that prediction, including the seats that will be won by each party. I think the Conservatives will extend their majority, but it is extremely difficult to work out by how much, for the following reasons that you should be aware of:

1) Turnout is extremely hard to gauge – The percentage of the electorate who vote could go down. A 2015 General Election followed by the 2016 EU Referendum followed by this election can bring in voter fatigue. Leave voters were told last year that the referendum was their only chance to achieve Brexit. Will they come out to do it again? Will the predicted foregone conclusion in terms of who wins also depress turnout? Low turnout can mean some odd results.

2) Will people vote for Labour? The current polls have Labour lower than in 1983, their modern day electoral low point. If it weren’t for their geographical concentration of votes in many places they could be threatening their last seat low of 154 in 1935. Polls have been wrong before of course, but they normally have overstated the left-wing vote rather than understated it. Will people vote for Jeremy Corbyn to be Prime Minister? His policies are popular, but his competence at managing a country is doubted. Given his confusion on Brexit, Corbyn needs to hope the public won’t vote on their Brexit views. They need to hope voters believe they offer, and can deliver, a better alternative on the NHS, education or social care.

3. Will there be a ‘Progressive Pact’? – The Green Party leaders have written to other left-leaning leaders suggesting that each party steps back in certain constituencies so the anti-Tory vote isn’t split. This could be a game changer in terms of the number of constituencies particularly the smaller parties can win, and also possibly even stopping the Tories winning a majority. The Labour and Lib Dem leadership have rejected this idea publically. Privately? If it happens it is a game changer.

4. Whither UKIP? Now they have achieved the reason for their existence, why would people vote for UKIP? Nigel Farage is gone – counting his LBC and Fox News money. Paul Nuttall is an untested leader and an untrusted candidate in the Stoke-on-Trent Central by-election. Rumour has it they will target five seats with the best five people they can muster. This means they are unlikely to get 124 second places again. THOSE votes could go back to Labour and the Conservatives, making it hard to know how many seats either could win.

5. #LibDemFightback?   – The only British Party to be certain of their Brexit position is the party to vote for if you want to Remain in the EU. Yet their lack of geographical concentration vote-wise means that even if their vote share keeps going up they might not win many seats. They may win some university towns and the odd South-East constituency, but the South-West, their old hunting ground, voted Leave. They may achieve a lot of second places, but that won’t be good enough.

6. Will somebody think of Northern Ireland? – I have a feeling the people of Nothern Ireland are realising that Westminster simply doesn’t think much about them. This election could bring a poll to reunite Ireland nearer if Sinn Fein can marshal their voters enough to gain some more seats to match their advance in the recent Northern Irish Assembly.

Why is Scotland different? »
« Four plus two reasons why Theresa May wants to hold the election on 8th June