Why public finances cannot be compared to personal finances 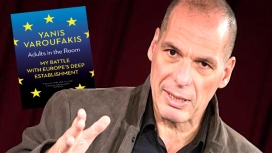 During this election you will sometimes hear arguments about whether or not the UK should run a ‘budget deficit’. This is where government spending exceeds tax revenue. Britain has had a budget deficit since the start of the century, even during the years of growth before the 2008 recession. The deficit was maintained, according to Labour, to fund the rebuilding of public services after eighteen years of Tory rule, but it was then greatly added too by money spent bailing out the banks and staving off a deeper recession. The budget deficit in the year to May 1st 2010 when the Tories took over Government was around £160bn.

The Tories then decided that they would aim to cut this budget deficit, even in the teeth of a recession. They claimed this would mean that the UK would pay less interest on its debt (currently at about £60bn a year), and also would mean that countries would be more willing to lend the UK money when we needed it. Cue lots of words about ‘living within our means’ and the like. Essentially, it was presented to the population that cutting government spending to achieve this would actually lead to economic growth, because it would stop the ‘crowding out’ that money spent on the public sector caused to the private sector, which deficit ‘hawks’ liked to think is more efficient and would now have ‘room’ to thrive.

But Yanis Varoufakis, who was once Greek Finance Minister whilst their Government was fighting the austerity imposed on Greece by its creditors from 2010, but has also been an Economic lecturer at Universities in Britain and abroad,  has written an interesting challenge to this idea in his book Adults in the Room: My Battle With Europe’s Deep Establishment.

“In your life you have a wonderful independence between your expenses and your income. So when you cut down on your expenses, your income is not cut. But if the country as a whole goes on a major savings spree, then its total income is going to come down.

The reason for this is that at a national level total expenditure and total income are precisely equal, because whatever is earned has been spent by someone else. So if every person and business in the country is cutting back, the one thing the state must not do is cut back as well. If it does so, the abrupt fall in total expenditure means an equally abrupt fall in national income, which in turn leads to lower taxes for the Treasury and to austerity’s spectacular own goal: an ever-shrinking national income that makes the existing national debt unpayable. This is why austerity is absolutely the wrong solution.”

This is what is known as the ‘Keynesian multiplier’. If the government spends more, that expenditure becomes someone else’s income, some which they might spend, which means that original spending by the government has impacted the country’s income by more than the original expenditure. The repeated tax revenue from this increased economic activity then helps to reduce the deficit, and fund government spending to be able to grow in addition.

It’s a powerful argument that makes economic sense. Of course, this depends on whether the person who receives income then spends it or saves it. So it’s what might be called a ‘gutsy move’ for a government to borrow more when they already have a deficit to see if they can catalyse the economic activity that might lower that deficit.

But in terms of his main argument, that personal finance and public finance is different, Varoufakis provides a very useful explanation.

Time to reconsider what Jeremy Corbyn’s ‘support for the IRA’ means? »
« Green Party manifesto – an uplifting vision given in a half-hearted manner