The strange case of the misplaced new voters 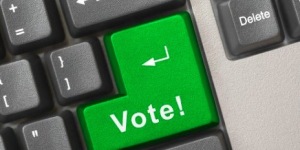 When the voter registration deadline closed it turned out that three million people registered to vote for the 2017 General Election. Most of them (70%) were 35 and under. You would imagine this would be good news for Labour, whose chances of victory rely so much on the younger voter. Yet the way our First Past the Post election system works, it turns out that even this influx of potentially left-wing voters won’t make much of a difference, even if they were all likely to turn out to vote.

The voter registration surge occurred almost solely in safe Labour seats. To win in a general election a party has to ‘win small’ and ‘lose big’, meaning you are better off winning 10 seats by 100 votes than 1 seat by 1000 votes but you will have still got the same number of votes. The voter registration numbers show a large rise in registration in constituencies with a lot of students, middle class voters or London, all of which are demarcations of likely Labour voters. For instance, Leeds Central and Sheffield Central have had rises of 10% and 7.2% respectively, but Labour have majorities of 17,000 already there. In marginals such as Wakefield, Halifax and Dewsbury there have been either falls or tiny rises in registration. Not ideal for a party that needs to hold onto those seats to have a chance of winning the election.

In fact, of the 50 most vulnerable Labour seats, only one, Lancaster and Fleetwood, had a rise of over 4%, and that is probably explained by Lancaster University being there. The majority had less than a 2% rise and nine had actually fallen in electorate numbers. The only Conservative-held marginal with any notable change was Hastings and Rye, the seat of Amber Rudd, the Home Secretary. That had a rise of 5.1%.

What does this all mean? Well, it is hard to know, because we just don’t  know how many of these new young voters will actually go out and vote. One third of them are under the age of 25, but only 43% of that age group voted in the 2015 General Election. That said, there is no doubt that Jeremy Corbyn’s manifesto has quite a carrot for them, with the end of tuition fees as well as the general  radical feel that young people are more likely to go for, particularly ones who aren’t going to be hit by the tax rises but will benefit from the extra spending.

The troubling thing about Labour’s activit is over the past few months has been how little of it has been where it needs to be to win this election. Theresa May has travelled all over the North of England, into places that haven’t voted Conservative for generations, to aim to convert those 50 vulnerable Labour seats. Jeremy Corbyn has barely been to any of them, nor to the Conservative marginals he might need to to gain to get their seats down to under the number they need for a majority. Whilst this is not unexpected for a man who I doubt has ever persuaded anyone to change their mind in his life, it is a pity for a party who, if the polls are right, could be on for a vote share well above anything they have experienced for a long time.

It is almost as if the Labour leadership are so determined to pay the victim card that they are actively targeting a Hillary Clinton-like outcome of winning, or doing very well in the popular vote, but losing in the only electoral system that matters, the one that puts MPs on seats in the Houses of Parliament, by a large margin. Maybe this will get the election system changed, maybe it avoids having to make the compromises of power they know they will probably have to make. Who knows?

It is interesting though to have written a book about how the EU referendum was won, part of which was to get perennial non-voters to register and then to the ballot box as they were likely to vote Leave, but to see Labour activists go through all this effort to get voters to register in places that don’t help them win. Seems a waste.

Who should I vote for in Ealing Central and Acton? »
« London Bridge provides us with so many questions to which we have so few answers

3 thoughts on “The strange case of the misplaced new voters”