So, what is this ‘EU Divorce Bill’, anyway? 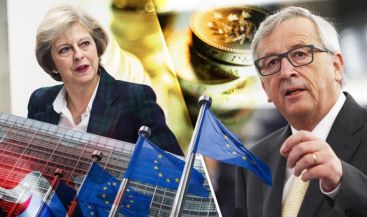 I have to hope that Foreign Secretary Boris Johnson understands what the EU are actually asking for when it comes to the so-called ‘divorce bill’. I hope that because so few people do understand it. This is partly because of the way it has been called a ‘divorce bill’, presented to the UK almost as a ‘punishment’. In truth, it is neither, just a disagreement on the date up to which the UK should keep paying money to the EU, which itself is related to what it is agreed that it has committed itself to.

It all got political again this week, as Johnson said in Parliament earlier this week that “the sums I have seen that they propose to demand from this country appear to be extortionate”, and then, expropriating the phrase used by the questioner he was responding to, he said that “go whistle seems to me to be an entirely appropriate expression.”

The EU’s Chief Negotiator, Michel Barnier was asked about this suggestion, and responded (turning to English from the French he was speaking to make sure he was understood) that the only sound he could hear was a ‘clock ticking’.  This is a clear reference to the two year deadline for the Article 50 process, which will not proceed to the specifics of any new deal, or even an interim transitional deal, until Britain’s current obligations are settled. I will try to explain what those obligations are:

We face a bill when we exit the EU because the EU has assets and liabilities. The UK has to pay off its share of those liabilities and get back a share of those assets. The figure that the EU has been asking for has been suggested to be anything between €60bn and €100bn as gross figures, which goes down to around €40 to €70bn net. The final bill will depend on the methodology used to calculate the bill, and that will be what the negotiations are about.

What are the UK’s obligations?

These may be returned as immediate deductions from the bill or some will be longer-term payments over the next decade or more:

Can the UK get out of the ‘divorce bill’?

As has been highlighted above, the UK Government understand at least that the country does have obligations as a departing member state. Theresa May acknowledged as much in her Article 50 letter to the EU. But she also said that those obligations were accepted in accordance of the law and in the spirit of the UK’s continuing partnership with the EU, which is a sufficiently nebulous statement to make one wonder whether she really DOES accept the obligations, and on what they are contingent.

In fact, it is probably going to be impossible to get a political settlement here. The UK and the EU contain a sufficient number of extremists who think that a single penny paid (UK) and a single penny not paid (EU) is a penny too much or too few. So it may become a legal case in the International Court of Justice or the Permanent Court of Arbitration in the Hague. An international arbitration solution might be preferable than a political settlement as this one seems to be just too controversial.

The Reason the ‘Repeal Bill’ is so difficult to implement is why many wanted to Leave »
« Which is more virtuous or effective: Paying Tax or Giving to Charity?