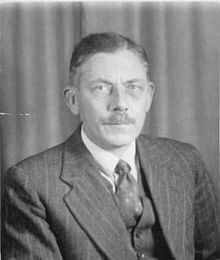 As we enter August, it is worth reflecting on what Russell Bretherton was doing 62 years ago. He was a civil servant at the Board of Trade who was sent to the negotiations for the creation of the European Community in the Summer of 1955. The UK was asked to send its Foreign Secretary, Harold Macmillan, but instead sent a ‘representative’, Russell Bretherton, with strict instructions not to agree to anything. The story, told in the second chapter of ‘How to Lose a Referendum’, is a classic example of one of the missed opportunity to shape the EC in our interests.

Bretherton was the consummate professional civil servant, carrying out his orders to the letter, whatever he thought personally. Robert Rothschild was an assistant to a Paul-Henri Spaak, the Belgian Foreign Minister who had become head of European Coal and Steel Community (ECSC – the forerunner of the EC) and thus led the talks. Rothschild remembers Bretherton as “a very pleasant fellow and very courteous”, but that he contributed little. “He usually had a rather cynical and amused smile on his face, and he looked at us like naughty children, not really mischievous, but enjoying themselves by playing a game which had no relevance and no future.” For his part, Bretherton felt that he did contribute, but mainly to point out the technical difficulties of a customs union because of the UK’s links with the Commonwealth, and how a Free Trade Area would be a good deal easier.

As July turned to August, Bretherton found himself being drawn in. No longer able to ‘influence’ or ‘steer’ the discussions, he started to fear the implications of his continued presence. “If we take an active part in trying to guide the final propositions,” he wrote to a colleague, “it will be difficult to avoid later on the presumption that we are, in some sense, committed to the result.” This meant that Britain could end up insisting on such-and-such a point, get it into the conclusions, but then renege on the whole deal. “On the other hand, if we sit back and say nothing, it’s pretty certain that many more things will get into the report which would be unpleasant from the UK point of view whether we in the end took part in the Common Market or not.”

As luck would have it, it was at this point that Spaak adjourned the discussions until September. Bretherton says that Spaak had intended to work right through the holiday period. “But when we go into August this was more than could be stood even by the Europeans, and a lot of people found that their daughters were getting married or their grandmothers were getting buried; and eventually he agreed that we should have a break.”

So Russell Bretherton went back to London, and Paul-Henri Spaak followed him, to try to persuade London to change its mind on its approach. He managed to get a meeting with Chancellor of the Exchequer Rab Butler, at which his aide Robert Rothschild was present.

Rothschild recalled that “It was obvious that Spaak was not convincing Butler. I can still see him, very immobile, looking at Spaak without saying a word, and the colder he became the warmer Spaak became, and the warmer Spaak became the colder Butler obviously became, After a while we realised it was no use going on. We said goodbye and went off…As we walked back, Spaak turned round to us and said, ‘I don’t think I could have shocked him more, when I appealed to his imagination, than if I had taken my trousers off.’”

Before going back to Brussels, where he knew the talks were getting to the point where decisions were going to be called for and treaties prepared, Bretherton wrote another letter to his political masters. In this letter is a passage that sums up perfectly the missed opportunity that not taking part in the Schuman Plan and not taking a serious part in the Messina process entailed:

“If we are prepared to take a firm line, that we want to come in and will be a part of this, we can make this body into anything we like. But if we don’t say that, something will probably happen and we shan’t exercise any influence over it.”

Bretherton’s advice was ignored, and eventually Spaak lost his patience and demanded the process move on, with what would become the Treaty of Rome being drawn up. This means that the UK had to commit to the process properly, sending someone with the authority to negotiate, or leave the talks. What happened next is mired in debate, as Bretherton said he was asked to leave whilst Spaak insists he walked out. But according to the testimony of J.F. Deniau, a member of the French delegation, before he left Bretherton read out a statement the Uk Government had given him: “Gentleman, you are trying to negotiate something you will never be able to negotiate. If negotiated, it will not be ratified, and if ratified, it will not work. Au Revoir and Bonne Chance.”

During my time writing and now talking about the book, I have found that nobody (apart from Nigel Farage) had even heard the name Russell Bretherton before. There is only one picture of him in existence and he only gave one interview (to the BBC in 1982). But his presence and instructed behaviour at the talks to create the European Community says much about the UK’s attitude to European Unity back in the 1950s. Vote Leave’s most successful slogan during the referendum campaign was ‘take back control’, and to the extent that the UK had lost control, it started with Russell Bretherton being sent to Brussels in 1955.

Free trade: Why who gets the losses and gains makes it hard to defend »
« Should we tie our own hands behind our back on free trade?