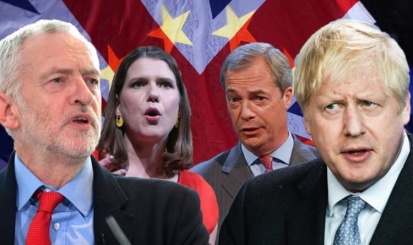 The General Election on December 12th 2019 is arguably the most consequential in many of our lifetimes.

The Conservatives are doing two things: The first is trying to change the Parliamentary arithmetic to get a Brexit deal through, or to be able to Leave with no deal if they can’t. The second is to deliver a manifesto (based around the NHS, schools and education) that is likely to be tailormade to attract voters in Leave areas who may never have voted Conservative before.

The Labour Party will probably produce the most radically left-wing manifesto in living memory. Policies could include a four-day week, nationalisation of a variety of industries, a Green New Deal, large rises in tax for those on higher incomes, and of course it will be interesting to see what their eventual Private Schools policy will look like (yes, I declare an interest).

The Liberal Democrats think they have a realistic chance of winning up to 200 seats. Should they achieve a majority, they have committed to revoke Article 50 without a referendum. Other policies are likely to tread a line between the positions of the Conservatives and Labour. In addition, constitutional reform, particularly of the electoral system, will be on the Lib Dems agenda.

The Brexit Party are the most difficult to predict. Whilst Nigel Farage has indicated he would want a far ‘cleaner’ Brexit than Boris’s deal, it is not yet clear what he will do if that doesn’t happen. They could target 20 seats with everything they have, they could target every seat, or they could focus on, say, two hundred. Whatever they do, they could take votes from Tories and Labour, and change quite a few constituency outcomes. Policy wise, the Brexit Party’s economic ideas tend to be quite left-wing, mixed with more socially right wing measures.

There is also a big question about Scotland. Up against a Scottish Conservative Party shorn of the brilliant Ruth Davidson and a Scottish Labour Party led by an Englishman (Richard Leonard), Nicola Sturgeon could well lead the SNP back to their seat dominance from 2015. If this happens, it is almost impossible to see Labour getting anywhere near a majority in particular, but it will be a struggle for the Conservatives too. The key will be where the Unionist vote in Scotland goes. Given the SNP are chomping at the bit for another Scottish Independence Referendum, the stakes are very high north of the border.

As for me, I am planning to bring you a Goldblog as much as I can up to the election. Do feel free to hold me to that!