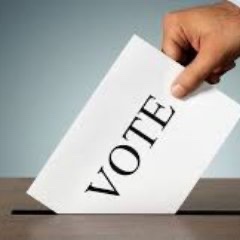 Here is my advice for 10 groups of wavering voters not sure what to do. Do leave me a comment if your ‘group’ isn’t here. I can add to the list.

Our election system has forced many of us into the position of voting for the least worst option. But sometimes it is worth voting for a party just because a load of votes in a constituency means the winning MP has to worry about them and push for policies to assuage their threat.

I am not here to tell you who to vote for. All that matters to me is that if you are over 18 you do in fact vote.

In some constituencies, how you should vote is obvious. So I won’t include a Labour/Tory marginal where you are support either party, or a Labour voter in one of that party’s safe seats.

However, some people might find some advice useful if they are wavering. So here is my guide to how to choose, given the realities on the ground.

To do this I will divide you into groups of voters, which I think just about covers everyone, then suggest how you might best achieve your aim.

1) You are a Leave voter who thinks that Boris Johnson’s deal is terrible and you only want to leave with no deal and break off all ties with the EU apart from a loose free trade deal.

Vote Brexit Party if they are standing in your constituency. Even if they don’t win more votes for them holds the winning MP’s backside to the fire. If the Brexit Party are not standing in your constituency, you can hold your nose and vote Tory, or go in and spoil your ballots (a method of protest which gets counted in turnout and counted itself as a vote). Then join the Electoral Reform a Society and get the electoral system changed as it is ridiculous you are in this position.

Vote Tory. Boris Johnson has a deal, so if he gets a majority the Tory MPs will vote it through. So the UK leaves. It’s not perfect, but it’s on the way there.

Vote Tory. There really is no other option

4) You are a lifelong Labour voter who voted Leave in 2016 and think that Brexit is more important than other priorities OR believe that Brexit will make it more likely that certain priorities of yours will happen.

Hold your nose and vote Tory. A Labour government will try to negotiate a different deal, and probably manage, as they are going to make more concessions. But there will be a referendum on that deal, and that result could go either way. So if you want to Leave, vote Tory.

5) You are a Labour Leave voter who is concerned about workers rights, environmental rights and social protections. You want Brexit but don’t trust the Tories to deliver it.

Vote Labour. Jeremy Corbyn has promised to protect the above in the deal he would negotiate if in Government. He would then not campaign in the referendum for either side, enabling him to credibly deliver the result. The PM and Government NOT campaigning helps the Leave campaign. So you would actually likely get a Labour Leave. Your grandparents will also not be turning in their graves at you voting Tory.

This is possibly in the North or in a City. If it is the former then the Tories look set to do better than expected there anyway, but you could also vote Brexit Party, for the simple reason that the electoral system has trampled on their hopes so completely that one could almost feel sorry for them. Lots of Leave votes has been proven to put pressure on even Remain supporting Labour MPs, with them often voting for Brexit when others in their parties haven’t. So the pressure works

7) You are a Remain voter in a Tory safe seat.

It doesn’t really matter who you vote for. Another ‘joy’ of this election system is that there are safe seats all over the places. If you vote Tory that is counted as a ‘Leave’ vote. You could vote Lib Dem if you fancy something centrist or Greens if you are also into the environment. The more votes the Greens get, and the closer they get to winning seats, the more any MP who wins would have to take note of the electoral pressure from constituents to implement some properly Green policies.

You have to vote Lib Dem to stop the Tories winning the seat. A vote for Labour is a vote for the Tories. Take a walk in Richmond Park afterwards, it’ll make you feel better.

Vote Labour. Corbyn may not be your cup of herbal tea (after all, proper tea is theft!) but his Brexit strategy means a deal you are most likely more able to live with and a chance to campaign again for Remain in a second referendum.

So that’s 10 groups of people I hope I have helped. Please do comment below if you are not on this list and want me to include the group you think you are in.

Do politicians lie because no voter wants to hear the truth? »
« What’s happened to the Brexit Party in #election2019 shows how our electoral system is undemocratic and unrepresentative and should change