Winning in Putney and losing in Durham North West sums up the failures of Labour’ campaign. 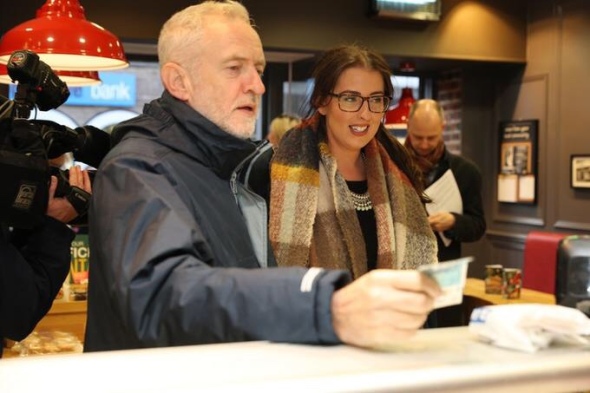 Among the many results in this election that showed how Boris Johnson and Jeremy Corbyn have redrawn the electoral landscape is how Labour to lose their stronghold in Durham North West, where the Durham Miners Gala is held each Summer, but win in Putney, where the population is by and large wealthy and highly educated. There are two main reasons for this.

The starting point has to be Brexit. For Laura Pidcock, the big rising star of the Labour Party, and someone so ‘Labour’ that they say they could never be friends with a Tory, to lose somewhere like Durham North West, there must have been something that mattered to the voters of Durham North West that didn’t matter to Laura Pidcock. Or at least didn’t matter to the Labour Party she represented.

To have decided not to take a position on Brexit. To have decided that in a future referendum the Labour Government would take a neutral position. To say that they will negotiate a new deal which would have been not much different from being in the EU and put that in a referendum as they only alternative to Remain….all these things meant Labour vacated the playing field on the only issue that mattered to voters in this election. Although they insisted they were neutral, the options they were going to put up in the referendum, plus the number of MPs who were Remainers, plus the number of members who were Remainers, meant that in constituencies that were solidly Remain, they could make gains. Hello Putney.

The next problem, according to commentators, is how people from places like Durham North West see the promises made in the Labour manifesto. From a distance, telling people they will get free things without having to earn them with others paying for it is superficially ‘popular’. Yet ‘working people’ actually find it insulting. What they want is jobs and opportunities and dignity, and giving them free things doesn’t necessarily give them any of those.

One of the problems of the type of people Jeremy Corbyn has around him is that they seem to think that ‘working people’ are stupid, and that they won’t ever question where the money is coming from to pay for those things. Actually, ‘working people’ want to work for something, and they want to be successful, and the Jeremy Corbyn project suggested that they could have something without working, and should they ever become successful, they will find themselves shouted at, abused, and heavily taxed.

People in the UK are aspirational. It is not clear who is in the ‘many’ that Jeremy Corbyn has talked about for four years, and in particular whether aspirational people are included in that. But also people are in clearly fed up of trying to Leave the EU and want it to happen. Seems silly, but the people of Putney, many of whom have already achieved their aspirations, can afford now to support Labour. It seems the people of Durham North West didn’t feel that way.

One thought on “Winning in Putney and losing in Durham North West sums up the failures of Labour’ campaign.”