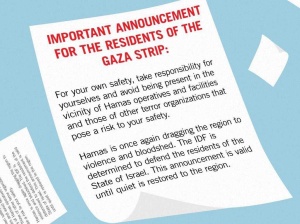 I feel that whenever I write about Israel I need to declare an interest. I am Jewish, I am the son of a well known supporter of the country, I lived in Israel for a year, I have been many times, led tours of the place, and I love the country. But I am also able to discern the difference between loving a country and not loving its behaviour.

I’ve been seeing things, reading things and hearing things over the past past few weeks that make me wince. There are bits inside my heart shouting ‘not in my name’ when I see the bodies of young children being carried out of homes. As Peter Hitchens, a supporter of ether right of Israel to exist says ‘every time a child dies the case for Israel withers’.

But similarly my head points to a suspicion that this conflict will only end if Israel ceases to exist. Many people think it is a simple issue. Many people see the conflict between Israel and the Arab community as extremely simple, as one of wrong and right. The occupation is wrong, Hamas are terrorists, the establishment of Israel as a state was a crime, Arab leaders don’t want peace. These wrongs and rights are used as ways to justify some terrible actions involving death on both sides. I am not going to address those right now, apart from to say that the history of this conflict is complicated, and that an asymmetric death count does not necessarily mean a complete wrong is being committed, and it is incredibly important to recognise that Hamas, the elected government of Gaza, is still committed to the destruction of Israel.

That last line is important. But it can be abused to justify certain behaviour. Israel ended their occupation of Gaza in 2005, but then implemented a blockade of the area that has been one of the main reasons it hasn’t been allowed to develop as an economic area. The blockade was justified by Israel as being necessary to stop weapons entering Gaza, but we have ended up in a vicious circle now, because the blockade is now used as justification for weapons entering the country.

But it gets more complicated by the refusal of Israel, and of the international community, to negotiate with Hamas, given that they are a designated terrorist organisation and their constitution calls for the destruction of Israel. This is where I leave the side of the international community, because I think they have put the cart before the horse.

Negotiating with ‘terrorists’ is what you have to do in order for there to be a chance that they won’t be terrorists anymore. This was Tony Benn’s main point about why one must always use dialogue. He would often use the point that many thought Nelson Mandela to be a terrorists until the South African government realised that through negotiating with Mandela they could achieve an end to their conflict, Of course, Israel may think that they can use force to achieve this aim too, but as this past week shows, trying to blast Hamas into smithereens involves taking so many women and children with them that many more ‘terrorists’ are recruited. At what point, for instance, is it likely that those heading for Syria and Iraq to join ISIS might be tempted to go to Gaza to help Hamas instead, particularly as more and more pictures emerge of the helpless dead, whatever the strength of Israel’s case.

As for the claim by the US, UK and Israel that we shouldn’t negotiate with Hamas until they stop calling for the destruction of Israel, I am minded to recall an interesting story from Malcolm Rifkind, who is no Bennite peacenik leftie. Rifkind talked of a time he told an IRA commander that he would not negotiate with him until the IRA had laid down their weapons. The commander said quietly in return “but Mr Rifkind, surely the aim of your negotiation must be to persuade us to lay down our weapons”. It was a powerful point, which as we know was proven right in 1998 when the Good Friday agreement was signed. Rifkind extended this to Hamas. He said that we keep on telling Hamas that we won’t negotiate with them until they recognise the right of the State of Israel to exist. But surely we should negotiate with them to persuade them to recognise the right of the State of Israel to exist.

We have ended up with the ridiculous situation of Phillip Hammond, the new Foreign Secretary, saying this morning on the news that in order to try and do something about this conflict he would be speaking to the Israeli Foreign Secretary and President Abbas, the leader of Fatah. But Abbas has no control over Hamas. Hammond should be speaking to someone from Hamas. We want countries to be democracies? Well, in 2006, Hamas was democratically elected, and to not speak to them will gain nothing more than a continuation of the piling up of bodies that is going on and a continuation of the tit-for-tat that started with the horrific kidnap and killing of teenagers from both sides two weeks ago.

People, particularly the young people I teach, often ask me what I think will be the solution to this conflict. I am coming to the conclusion, sadly, that no Arab leader will be able to deliver a lasting peace with a Jewish State that would be respected by all surrounding countries, so the only way that conflict will be ended is if the Jewish State no longer existed. This, by the way, is why a one state solution will not happen, because it will not take long before the Jews are in a minority, and will find themselves voted out of a state. Yes, some Israelis harbour expansionist tendencies (let’s not forget also that the the evangelical Christian Right are the biggest funders of the settlements in the West Bank, because of a literal interpretation of the Bible that indicates that the Jews should be living in what was Judea and Samaria). But the real reason Israel is acting in the way it is is because it believes it is fighting for its existence.

I actually think it is possible for Israel to exist with a negotiated solution. But it cannot achieve that without involving Hamas. Because whilst the existence of the State of Israel is a ‘fact on the ground’, so is the democratically elected existence of Hamas.

Why I read whatever Owen Jones writes (and you should too) »
« MH17 – will Putin blink?