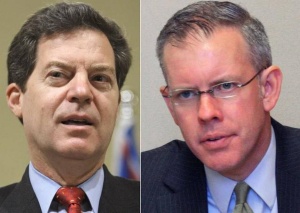 Being a great fan of seeing economic theory in action, I can’t help revelling in watching what is happening in Kansas. Governor Sam Brownback signed some massive tax cuts into law in 2012, arguing that it would boost economic activity. Only, it didn’t. It has left the state hundreds of millions short in tax revenue, resulted in the state lagging way behind others in jobs growth, and has seen a cut in the state’s bond rating (meaning it is seen to be at higher risk of defaulting on its debts). It reminds me of what the economist Arthur Laffer always said (and which has often been used by those in favour of tax cuts), that there is a ‘sweetspot’ for tax rates, and if they are too high you lose tax revenue. That is what the right-wing have said, but it forgets that a Laffer pointed out that if tax rates were too low, that would also reduce tax revenue.

Back in 2012, with the a Republicans, and especially the Tea Party, transfixed on the need to shrink the state and cut taxes, Brownback proposed to cut income taxes on the state’s highest earners (or the ‘wealth creators’ as Republicans like to call them), to simplify tax brackets, and to eliminate state income taxes on most small business income entirely. In a nod to fiscal responsibility, though, he proposed to end several tax deductions and exemptions, including the well-liked home mortgage interest deduction. This would help pay for the cuts.

The problem was that he couldn’t get the repeal of the deductions through the state’s legislature, as they were too popular. Therefore the bill for the tax cuts went from $100m to $800m. Now, moderate Republicans came out against the continuance of the tax cuts, and Brownback’s main gubernatorial opponent, Democrat Paul Davis, pointed out that it was almost certain that the state’s budget surplus would become a budget deficit.

Yet, actually it wouldn’t be allowed to become a deficit, as Kansas has to balance its budget every year. So what is happening instead is that Brownback is having to make large spending cuts, particularly on education, libraries and health centres. This, many believe, was the idea for the tax cuts in the first place, as it would give Brownback the cover to cut back the influence of the state too, which appears to be his ideological aim, or at least the ideological aim of those who are donating to his electoral campaign.

Because here is the key to the whole issue. To get elected in the US, you need money. People with money to donate don’t want to pay high taxes, therefore if you promise to cut taxes, you can get more money for your campaign. This would explain why Paul Davis, who will stand against Brownback in the Governor election in November, hasn’t promised to raise taxes back up where they were, only to postpone the extra tax cuts that were part of Brownback’s original plan. Davis needs funding too.

This is why so many people feel that US politics is broken. With no federal funding for campaigns, candidates from both major parties have to make calls and go round cap in hand to people with enough money to fund them. The Tea Party has grown into an organisation which uses rich people’s money to persuade poor people to vote to cut rich people’s taxes. But when even a Democrat can’t say that he would right a mistake that has cost the state so much money, you can see how damaging the situation is.

Meanwhile, it will be interesting to see how what has happened in Kansas is used when politicians talk about positive effects of tax cuts from now on. Of course, that will depend on the politicians’ ability to use hard evidence when they make policy, and not just what will find their campaigns. Which do you think will win out?

Social mobility can be helped by levelling up, not levelling down »
« It’s not whether you set pupils – but how you do it that matters