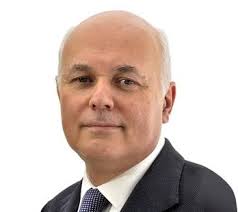 I was thinking of Anthony Crosland yesterday when the coalition government announced yet another crackdown on benefit fraud.

In 1956 the Labour politician Crosland, having lost his Parliamentary seat in the 1955 election, was able to finish wroting and publish “The Future of Socialism”, seen as one of the most influential pieces of political thinking written between the end of the second World War and now. The book was an argument for “revising” socialism in the wake of a realisation and acceptance that capitalism was the most vigorous and efficient method of creating wealth in society and orienting the aims of socialism towards stopping the exploitation of workers and redistributing the wealth created more fairly. Crosland argued that “In Britain, equality of opportunity and social mobility… are not enough. They need to be combined with measures… to equalise the distribution of rewards and privileges so as to diminish the degree of class stratification, the injustices of large inequalities and the collective discontents.”

The decision to seek to modify capitalism rather than to abolish it created the concept of social democracy, and was particularly controversial to those fundamental socialists who believed that capitalism should be completely replaced by state ownership of the means of production and the abolition of private property. They felt that Crosland was a “traitor” to socialism and to the Labour Party, and reminded many that Clause IV of the Labour Party constitution contained a commitment to “secure for the workers by hand or by brain the full fruits of their industry and the most equitable distribution thereof that may be possible upon the basis of the common ownership of the means of production, distribution and exchange, and the best obtainable system of popular administration and control of each industry or service.”. This clause, which wasn’t removed from the party’s constitution until 1995, was even written on the back of Labour Party membership cards from the early 1960s (after party leader Hugh Gaitskell’s attempt to rewrite it).

But Crosland’s analysis made sense, given that he believed that there no longer existed the massive class exploitation that Karl Marx had written about 100 years before that. Marx had not foreseen for instance that the owners of firms would be so divorced from their control, in particular that a “managerial” class would emerge to run and control firms, taking care to think about the firm’s public image and try not to run into industrial conflicts. He also didn’t foresee that “joint stock” companies would be created – meaning that firms were owned by many shareholders instead of just one all-powerful capitalist. Given all this – Crosland felt that social justice should be the goal of socialism – to distribute the fruits of wealth better. Wealth needn’t be commonly owned, but could be redistributed through progressive taxation.

However, Crosland offered a warning. He said that social democracy would work as long as conditions of economic growth existed. At the time, the UK was in the middle of what became know as a “long boom”, which lasted from about 1945 to 1970 as the country was rebuilt and new technology was developed. He said that if economic growth existed, tax revenue would grow and this could finance the social expenditure needed for social justice to exist. The prosperous would be happy to finance the needy if their living standards weren’t affected. But Crosland said that should recession occur – tax revenues would shrink, unemployment benefits would soar, and the state would be less likely to be able to afford to achieve their social democratic aims. He also was concerned that the prosperous might be tempted to “husband” their resources (hide them away) rather than to allow them to shared with those in need.

The reason I thought of Anthony Crosland’s warning was that yesterday Iain Duncan-Smith announced a new advertising campaign that encourages people to phone a hotline if they suspect somebody they know is fraudulently claiming benefits. This kind of thing has been going on since 2010, when Duncan-Smith took over at the Department of Work and Pensions. A constant stream of demonization of people on benefits that seems to imply that if we just stopped them fraudulently claiming – we would solve our debt problems. In 2010 there was a recession on, so this worked – as the prosperous found a reason to think that it might be worth them doing something else with their money than paying taxes.

Of course, benefit-claimants are quite easy to attack. After all benefit fraud accounts for £1 billion of government spending a year, which isn’t small. It is interesting however, that Duncan-Smith hasn’t seen it necessary to announce an advertising campaign to highlight the £1.4bn that is overpaid in benefits every year by government agencies. Even more interesting that the DWP are so quiet about the £12.3bn of unclaimed benefits every year. Absolutely fascinating that I haven’t heard Iain Duncan-Smith ONCE mention the £34 billion “tax gap” – which is the amount in tax not collected due to evasion,avoidance, error and criminality every year.

I wonder which group of drains on the public purse donates the most to the Conservative Party?

Tesco and the changing market structure in the groceries sector »
« Winning on immigration will not win elections. Fact.

2 thoughts on “£1bn a year in benefit fraud…£34bn a year in uncollected tax – which would you target?”