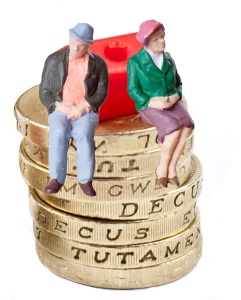 Let’s start with a fact. Older people are more likely to vote than younger people. Ergo, policies that benefit older people are easy meat for those who are quick to accuse political parties of favouring those who vote more. Leaving aside the fact that if younger people want to get on the right side of that argument, nothing is stopping them from voting more, there is another reason why economic policies will often favour the old rather than the young. It is precisely because they are old that they need help from the government more than the young.

To explain, I want you to think about the consequences of a hypothetical policy that reduces the income into the near future of someone around the age of 20 and someone around the age of 70 by about 10%. So, maybe cutting state pensions by 10% against, say, cutting the benefits cap by 10%. Someone aged 20 can adjust what they are studying, or adjust the career they are going into, or move to an area of the country where subsidies are available, or decide to get themselves into a job if they can, or train for a different career. Someone aged 70 can do very little. They are at the end of their career, they are likely to be on a fixed income from their pension, they are less likely to be healthy enough to work, and may find learning new skills more difficult than a younger person. This is why government policy will tend to be less likely to put older people in positions that disadvantage them, as the adjustments they would have to make to their lifestyle are so much harder to make.

This argument has raised its’ head again with the Pensioner bonds that are offering interest rates way higher than the normal market rates. Only available to those over 65, some offer up to 4% interest whilst the highest rates available on the open market are around 2%. This seems unfair on the outside, given that those under 65 were effectively subsiding older people’s incomes from their savings. Yet, if you think about monetary policy these past few years. The opposite has been happening.

Older people are less likely to have borrowings. They are likely to have paid off their mortgages, and are likely to have money put away throughout their lives for their income after retirement as well as savings to make sure they can be looked after in old age. Due to the financial crisis and ensuing recessions, monetary policy has had the Bank of England Interest rate at 0.5%. This has helped to reflate an economy that needed it badly, keeping the cost of borrowing down so that consumption and investment remain as strong as possible during the recession. But for the elderly, who are likely to be savers, not borrowing, it has meant that their savings have been subsidising the borrowing of younger people for the past six years. This is not a recipe for encouraging financial responsibility, and is likely to fuel asset price booms as even the elderly search for riskier ways to make money from their nest eggs,

So what the Government is doing with these Pensioner bonds is redressing the balance a little. It is worth pointing out that each Pensioner can only put £20,000 into these bonds, so they aren’t going to make a massive amount of money, but it is more a signal from the Government that they haven’t forgotten about those people whose financial responsibility has been, in real terms, punished for the past few years.

Yes, it is suspicious that this has all happened in the last six months before an election. Yes, it is suspicious that at a time when Ed Miliband will be asking “do you feel better off since the last election” a group of people more likely to vote are going to feel better off. But these are people who haven’t been able to benefit from low interest rates for the last six years, and could do very little to change their situation. It’s worth remembering that,

Labour’s tuition fees discussions are like watching a slow-motion car crash »
« Time for Ed Miliband to show he understands Profit.