Would military action mean the UK would be subject to more terrorist attacks? 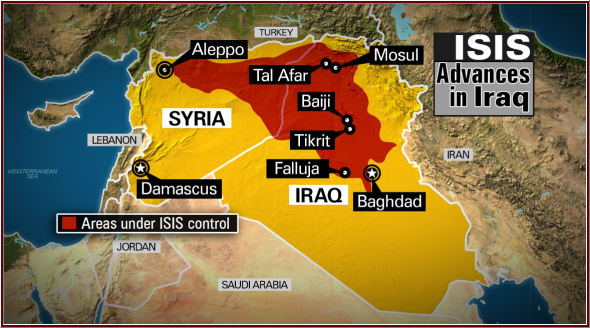 The West would be the subject of terrorist attacks from ISIS whether or not they get involved in Syria. So it is NOT a reason not to go ahead.

In the Autumn of 1993, just after Yasir Arafat and Yitzhak Rabin had shaken hands on the White House Lawn signalling the clear possibility of peace between Israel and Palestine, whilst US Foreign policy consisted of nothing more than trying to help Bosnian Muslims not be ethnically cleansed by Serbs, the World Trade Center was bombed for the first time and on my university campus in Leeds, speakers from Hizbut Tahrir (the forerunner of Al-Muhajiroun, Islam4UK and the other now proscribed groups), were standing outside the student union telling us all about the impending creation of “Khalifah”, the Islamic State.

I tell you this because when considering the threat that getting involved in Syria will make Britain more likely to become a target for terrorist attack we need to confront a reality. We ARE a target for terrorist attack, and as long as so-called Islamic State exists, we will always be a target for terrorist attack. Jeremy Corbyn said in his letter to MPs that an attack on ISIS in Syria wouldn’t protect our security but the truth is that NOT attacking ISIS in Syria won’t protect our security either. Part of their openly stated ideology is to create hatred between Western civilisations and Muslims to fuel their holy war and their modus operandi for doing that is the use of terrorist attacks. Using the threat of terrorist attack from ISIS as a reason not to attack them in Syria is like the boy at my old school who said that if I put him in detention he would ‘wait for me outside school that night’. It just made me even more sure I was right to put him in detention, and threats that ISIS will launch terrorist attacks if we get involved in Syria should remind us that we are right to want to obliterate them.

There ARE legitimate arguments against military action. There MUST be a plan for the aftermath. A proper plan, including a massive amount of money and people to ensure the civil institutions keep running, and an alternative government is in place. Don’t forget that many of the leaders of ISIS are former leaders of Saddam Hussein’s Baath party who were removed in 2003 without a plan for who would replace them. At the moment, the plan is to keep Assad in place so this is irrelevant. But that’s not the issue I am talking about here. I am talking specifically about the threat of terrorist attacks on the UK increasing if we get involved in military action in Syria.

Some argue that air strikes on Syria will kill civilians. Thus allowing ISIS to claim we are targeting all Muslims. I have little doubt that ISIS fighters would happily strap a two year old girl to their chests whilst firing a rocket just to make this happen. But we have been involved in airstrikes in Iraq and these seem to have been targeted well enough. Again though, whether or not there are civilian casualties, the threat from ISIS to us on British soil is real. As long as the Caliphate exists, it is a clarion call for Islamic Radicals to go and fight and then spread terror to maintain the motivation for other countries to alienate their own Muslim communities. Without the Caliphate, we will actually be safer.

The key question is to ask yourself is this: If the Israel Palestine issue was solved, if there had never been an invasion of Iraq and Afghanistan, if the ‘War on Terror’ had never happened,if there was peace throughout the world between Muslims and the a West, would ISIS still want to launch terrorist attacks on UK soil?

Any understanding of their aim and raisin d’etre, and a thought to what students outside Leeds University were hearing in 1993, would elicit the answer of yes, they would.

4 thoughts on “Would military action mean the UK would be subject to more terrorist attacks?”