Why Labour Party figures need to know their figures. 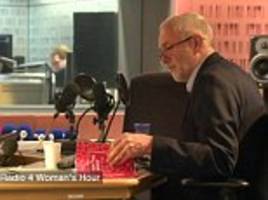 Is it important to remember the cost of your policies when your main opponent hasn’t any costings at all? Well, yes, if you are presenting an alternative plan for Government, and you are planning to reverse most if not all of the cuts the incumbent Government has made and add to that a massive amount of spending. It is also important to understand that when you are trying to change someone’s mind and change someone’s vote there is a need for credibility that you need to take seriously.

Jeremy Corbyn’s supporters dismiss the focus on his top team’s inability to remember the cost of their policies as ‘mainstream media hysteria’ and ‘Tory BBC bias’. But I would argue that the low expectations they have of their leader and his main lieutenants are not becoming of the grandness of the party’s vision.

I would also suggest that not taking seriously their responsibility to know the cost of their policies and to be able to explain how it is funded will cost them the floating voters that they need to attract to continue the remarkable momentum Labour’s manifesto has gained over the past few weeks. The suspicion that they care little what something costs as they are spending other peoples’ money will linger unless they prepare for these interviews properly.

It started with Dianne Abbott going onto Nick Ferrari’s LBC programme and not being able to come up with a figure anywhere near the cost of the extra 10,000 policemen that she came onto the radio to talk about. To be fair to Abbott, she said £300,000 (£30 a year per policeman!) and the actual figure was £300 million, but she seemed to not know the actual figure. She then blamed the media for reporting this.  There was nothing wrong with the policy, but if you are going onto the media to be asked about it, knowing the cost should be a minimum.

Then Angela Rayner went on to talk about reducing class sizes to a maximum of 30. This again is a perfectly solid idea, but it surely wouldn’t have been difficult for Rayner to know how many children this would affect. Again, it fell to LBC’s Nick Ferrari to tell her that it would be 500,000. The point about this is that although she did know the cost, the number of children it would affect is an important figure.

Then, this week it was Jeremy Corbyn’s turn. He decided to have a day talking about his policy offering free childcare. The plan evidently was to attract the female vote. So there was a film of him in a nursery, and then he went on Womens’ Hour with Emma Barnett, followed by a session answering questions on Mumsnet. At the very least he should have known the cost of this policy, as it is significant. But no, he didn’t. At the very least the people around him, having seen what happened with Rayner and Abbott, could have filled him in with the most important basic tidbits of information on it on a small piece of paper so he didn’t have to try to fire up his ipad or flick through his manifesto. But no.

The reaction to all this from some of the more extreme Corbynistas has been highly aggressive. Abbott was targeted because she was a black woman, Rayner through snobbery and Corbyn was given a ‘pub quiz’ by Barnett because she is a ‘Zionist’. The truth is that the very least we require of our politicians, particularly ones who want to change the country the way Labour do, is that they understand the cost of their policies, how they are funded, and how many people it will affect.

Yes, the Tories have no costings in their manifesto. Theresa May’s answer to that is that their policies will produce economic growth and the proceeds of that growth will fund their policies. Given that their policies are not particularly ambitious and involve quite a bit of cuts, it is not central to their campaign to explain the cost of them. Labour’s campaign is different.

The truth is that this actually lets down the very people the Labour Party wants to help. I would hope, internally, someone is taking hold of their top team and making sure they have the correct information when they go into media interviews. These are not difficult questions, and have easy answers. But without those answers they are going to struggle to change peoples’ minds. It is changing minds they need to do.

It does make me wonder if they are really serious about winning this election. Much as I admire the enthusiasm of the cheering Momentum hordes that accompany Corbyn wherever he goes, they, and he, need to go much further into what they might call ‘enemy territory’. Jason Farrell from Sky News reported yesterday that compared to Theresa May, Corbyn seems to be avoiding going to marginal constituencies, where the vote will be close, where a small number of shifting votes could win a seat and the election. Just visiting places where everyone agrees with you does not win elections.

I reminds me of my main concern about Corbyn’s election winning chances when he first became leader. He has spent his whole life at rallies of the converted and protests of the persuaded. He has no experience or skill in persuading people to change their mind on something. I am seeing a lot of enthusiasm for him from those who already supported him, but I do not see a swathe of people saying that they were going to vote Conservative but are now going to vote for Corbyn. That is because Conservative voters are….well…Conservative, and they need to be persuaded to change their mind and trust the person changing it. Going on radio to talk about a key policy without knowing how much it will cost won’t do that.

The folly of the Tories parking their tanks on Labour’s Government power lawn »
« YouGov poll predicts a hung Parliament – could it be right?