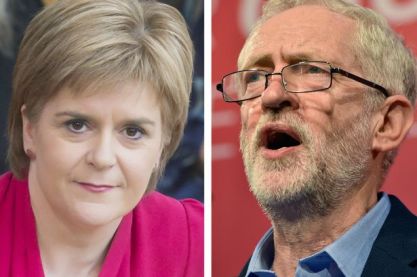 If the Tories do not win a majority, the SNP will likely be involved in supporting or creating the next Government. There is little doubt what the price of that support will be.

The rise of the SNP in Scotland has been highly significant for British Politics. It means that the route to a majority for the Labour Party has become far more difficult than it used to be. It has produced one of the most disciplined opposition parties in recent Westminster history. It also means that it isn’t just Brexit on the table at the next election, it is the UK itself.

Having had an electoral setback in 2017, losing 22 seats from their 2015 apotheosis of 56 out of Scotland’s 59 seats, the SNP are in a position where they could easily go back upwards to complete dominance of the Scottish political landscape. This is for a few reasons: The Scottish Conservatives have lost, in Ruth Davidson, one of the UK’s most popular politicians, and certainly someone who could unite the unionist cause and who had that intangible ‘I could vote for her even though she’s a Tory’ way about her. The Scottish Labour party have an Englishman, Richard Leonard, at their head, and there is little more I can say about that. The Liberal Democrats do have a Scottish leader at Westminster, in Jo Swinson, but her seat itself could be up for grabs at the upcoming election.

More importantly, since the 2016 EU referendum result, Scotland, fiercely proud of its independence, whether or not it is constitutional, has faced a series of decisions and priorities coming out of Westminster that can be easily positioned by the SNP as showing how little the UK Government cares about the country north of the border.

Northern Ireland has seen a load of money (to keep the DUP on board) and attention (the Irish border issue over Brexit) but Scotland hasn’t. During negotiations, it has become clear that Scotland’s specific needs (for instance over fishing) are unlikely to be taken into account. There has also been a court case in the Supreme Court in which the Sewel Convention was found to be not justiciable (not legally enforceable). The Sewel convention was created in 1998 when the Scottish Assembly was created and then updated by the Scotland Act 2016 to say the UK will not normally legislate with regard to devolved matters without the consent of the Scottish Parliament. However, the EU Withdrawal Act DOES legislate on devolved matters – because Scotland were given control over agriculture and fisheries but to make a trade deal the UK has to take those powers back. So the Scottish Assembly voted to reject the Withdrawal Act but it still went through. So, essentially, the protections over devolution have been found to not be as powerful as they were thought to be.

SO, the focus goes back to independence, and another referendum on it. Put simply, if the SNP win enough seats, they will be the route to Government for the Labour Party – as they will not support the Conservatives in any way. The price for what will likely be a strong confidence and supply arrangement (like the one between Conservatives and DUP in which Labour would get SNP support in any votes of confidence, and Budgets), will undoubtedly be the granting of a second independence referendum,.

The Conservatives may try to portray this as Jeremy Corbyn being in Nicola Sturgeon’s pocket, but this is not as strong an argument as it was in 2015, when Ed Miliband being in that position was called ‘chaos’. There are many people in the UK who wouldn’t mind Nicola Sturgeon being involved in UK politics. Furthermore, the possible attack that Jeremy Corbyn would ‘break up the UK’ by ‘getting into bed with the SNP’ would be neutered by poll after poll of  Conservative members who say that Brexit is more important than the Union.

Labour used to rely on seats in Scotland and Wales for any majority. The electoral systems for their Assemblies (Additional member system – a mix between FPTP and proportional representation) was created to stop Labour dominance there. But they will likely lose seats in Wales to the Conservatives (Wales voted Leave) and the Liberal Democrats (where it voted Remain), and in Scotland the SNP have turned into an electoral firewall they can’t get through.

So, watch out for Scotland. It could make all the difference.

What should the Brexit Party do? »
« Why Labour’s Brexit Policy is so difficult to understand